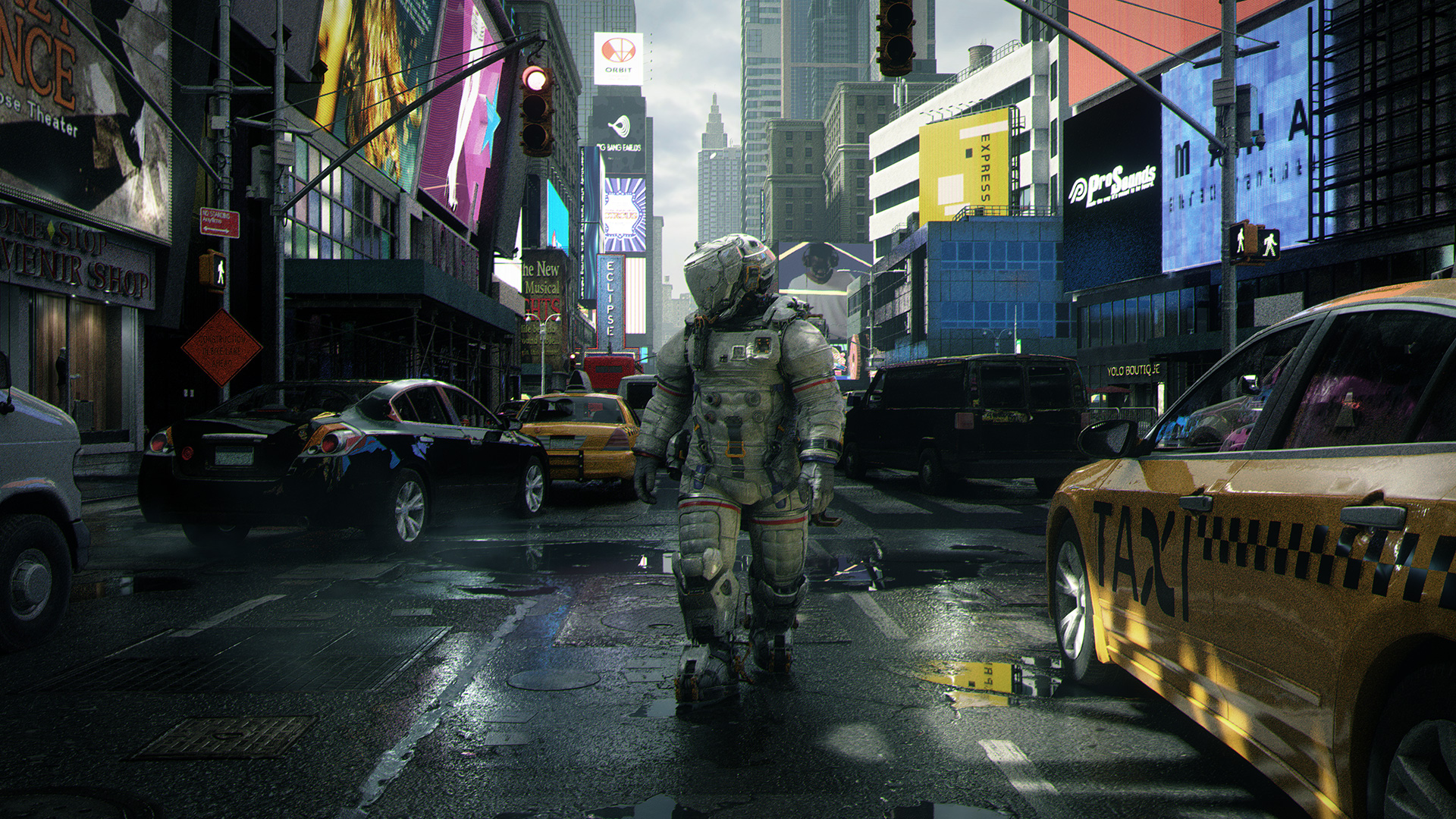 There’s a starman waiting in the sky

Sony’s PlayStation 5 future of gaming event has had no shortage of kick ass game reveals, and that includes Capcom’s Pragmata, which was low key revealed after a few bombshells like Resident Evil Village.

In a trailer that looks like it’s straight-up presenting the next Hideo Kojima game, a man in a space suit walks the city streets, where he is greeted by a girl and a holographic cat. Looking up at a tentacle-ridden structure, he grabs the girl and flies around in a crazy action sequence and then ends up looking back at the Earth in space.

Again, this is all extremely Kojima looking, and I’m anxious to hear more. Pragmata is not a PS5 exclusive: it’s also coming to the Xbox Series X and PC. It truly is going to be a “next-gen” game too, as it isn’t slated to arrive until 2022.