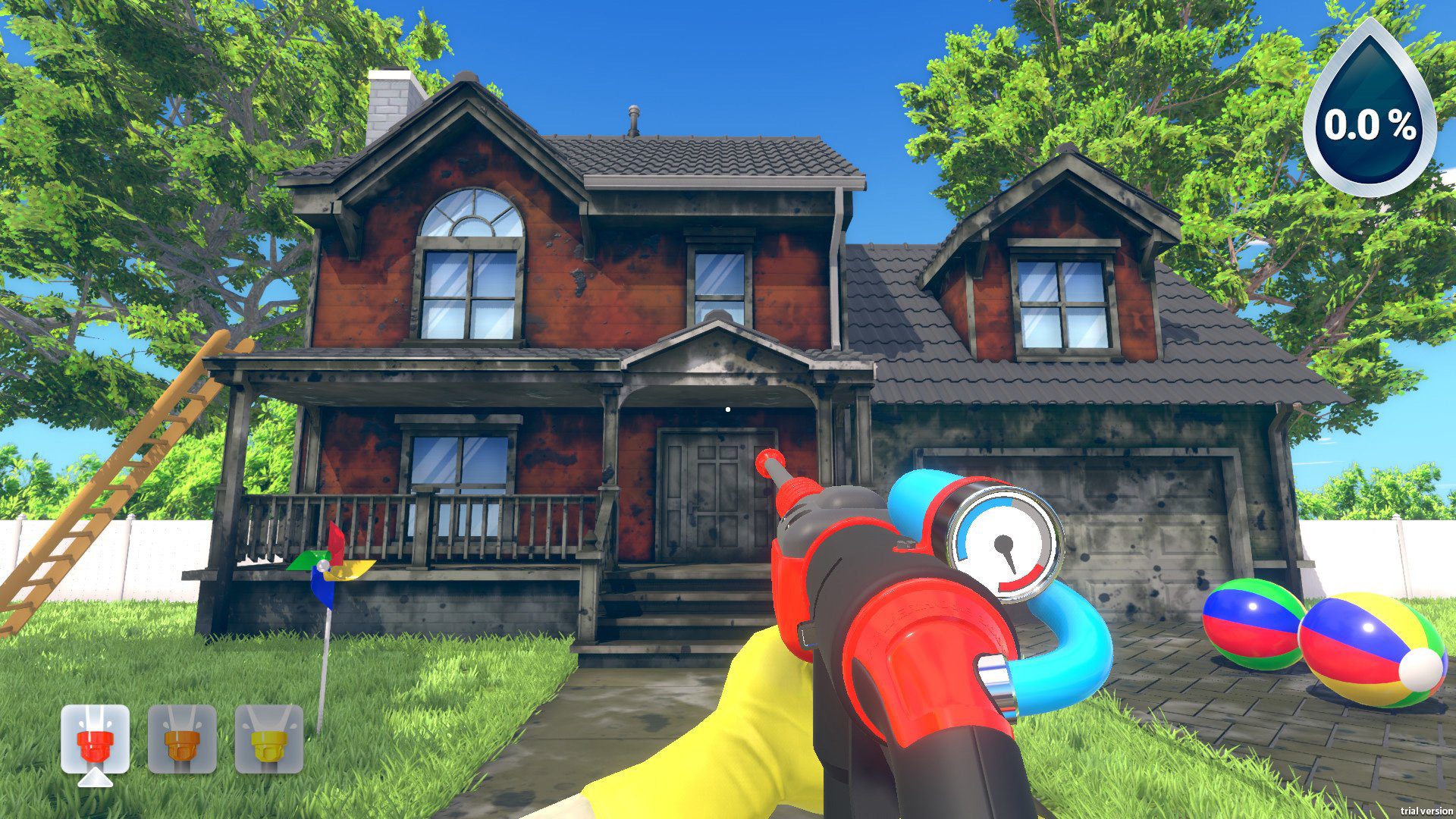 A simulation game that captures the immediate gratification of power washing dirty surfaces without the maddening racket or physical stress on your arms and hands? Oh, I’m in — I’m so incredibly in. After catching this clip of PowerWash Simulator on Twitter today, I knew this big dad energy would resonate.

The good vibes have been overflowing the past few days. THANK YOU to everyone for all of your kind words and suggestions! ðŸ’œ

Here’s another clean clip to tide you over to launch!ðŸ’¦

We’ve seen endless simulation games in recent years, to the point where you could jokingly suggest just about any hobby, job, or mundane activity and then look on Steam to find an honest-to-goodness real game. Many of them are formulaic and don’t feel convincingly authentic, but there are exceptions.

This one’s coming from FuturLab, the studio behind Velocity 2X, Tiny Trax, and Peaky Blinders: Mastermind, and I don’t know — I just have a good feeling about it after spending time with the demo.

In the free demo, there’s a house and playground to clean, with different nozzles suited for up-close and far-off areas, and your power-washing progress is tracked across the whole level and also in specific spots, like the garage door or the roof. In case you’re wondering, no, you don’t have to hold your mouse down indefinitely to spray; there’s a toggle. It’s a simple, breezy game. I’m not a dad, but I dig it.

The developers released this “proof of concept” slice on itch.io last year and the reception was reassuring enough to convince them to pursue a fleshed-out commercial title. Flash forward to today, and PowerWash Simulator has plans for a Steam Early Access release in Q2 2021. It’s almost ready.

The expanded Steam version will have a career mode (in which you run a power-washing business and unlock tools and upgrades), challenge modes (with a leaderboard), and even multiplayer — you can “invite a friend to join you on career jobs, or create multiplayer hangouts for up to six friends.”

That all sounds so pleasant, especially the idea of chilling with your buds while you spray the gunk away. As the creators themselves admit, it’s hard to believe this idea for a PC game wasn’t done sooner.

“If it wasn’t for the outbreak of a global pandemic and the global decision to transition millions of people to a ‘stay at home unless you really really have to leave the house’ protocol then perhaps we never would have found the right moment in time to introduce this idea to the gaming world,” said FuturLab.

“There is a recognition amongst the team every day that we are working on the right game at the right time with a vision that is not only simple and elegant, but also overflowing with creative and technical potential.”

I’ve had my fun with guilty pleasures like House Flipper, but this feels more… polished.