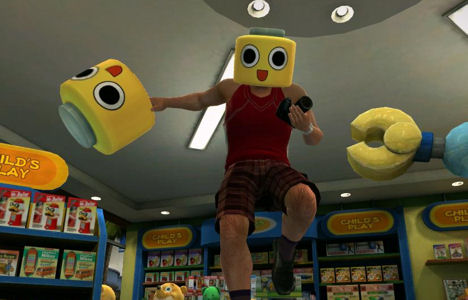 Remember those rumors that Capcom was outsourcing Dead Rising 2‘s development to Western studio Blue Castle? Well, our sniffer dogs have uncovered what could be some evidence that lends credence to such gossip. It was found in quite an unusual place as well — the biography of a metal band.

According to the band’s profile, Vancouver snarlers Cradle To Grave have been picked to provide music for a “zombie ritual game” that Blue Castle is currently working on. From the biography:

The deafening buzz surrounding Texas Medicine [the band’s album] has already caught the ears of video game company Blue Castle who secured two songs from the album for inclusion on their upcoming “Zombie Ritual” game, due for release in late 2008 and is slated to ship 500,000 units worldwide in its first week of release.

Whether it’s Dead Rising 2 or not, it certainly looks like Blue Castle is working on some zombie game at least, and there’s always room for more of those on the market. With the persisting rumors, however, and the high expectations for the games sales, this throws more wood onto the rumor fires. It could even be the Wii version, which is slated to hit that number of sales (thanks pedrovay).

I’ve not heard Texas Medicine, by the way.