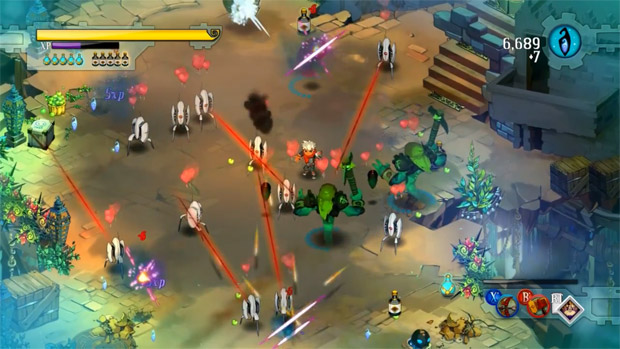 Really, we shouldn’t be shocked at this point when it comes to elements of Portal seeping into indie games. Even so, I can’t help but find this footage of Portal‘s turrets in Supergiant Games’ Bastion to be absolutely delightful. And I’m one of those guys who gets beyond irritated at the overuse of Portal jokes.

The skill that allows you to drop turrets is exclusive to the PC version of Bastion, reportedly unlocked upon starting up a new game plus. Serious props to Supergiant for the handling and continued support of this release. You just don’t see that often enough, smaller studios or otherwise.

This is not a test: Portal turrets light up Bastion via Steam [Joystiq]