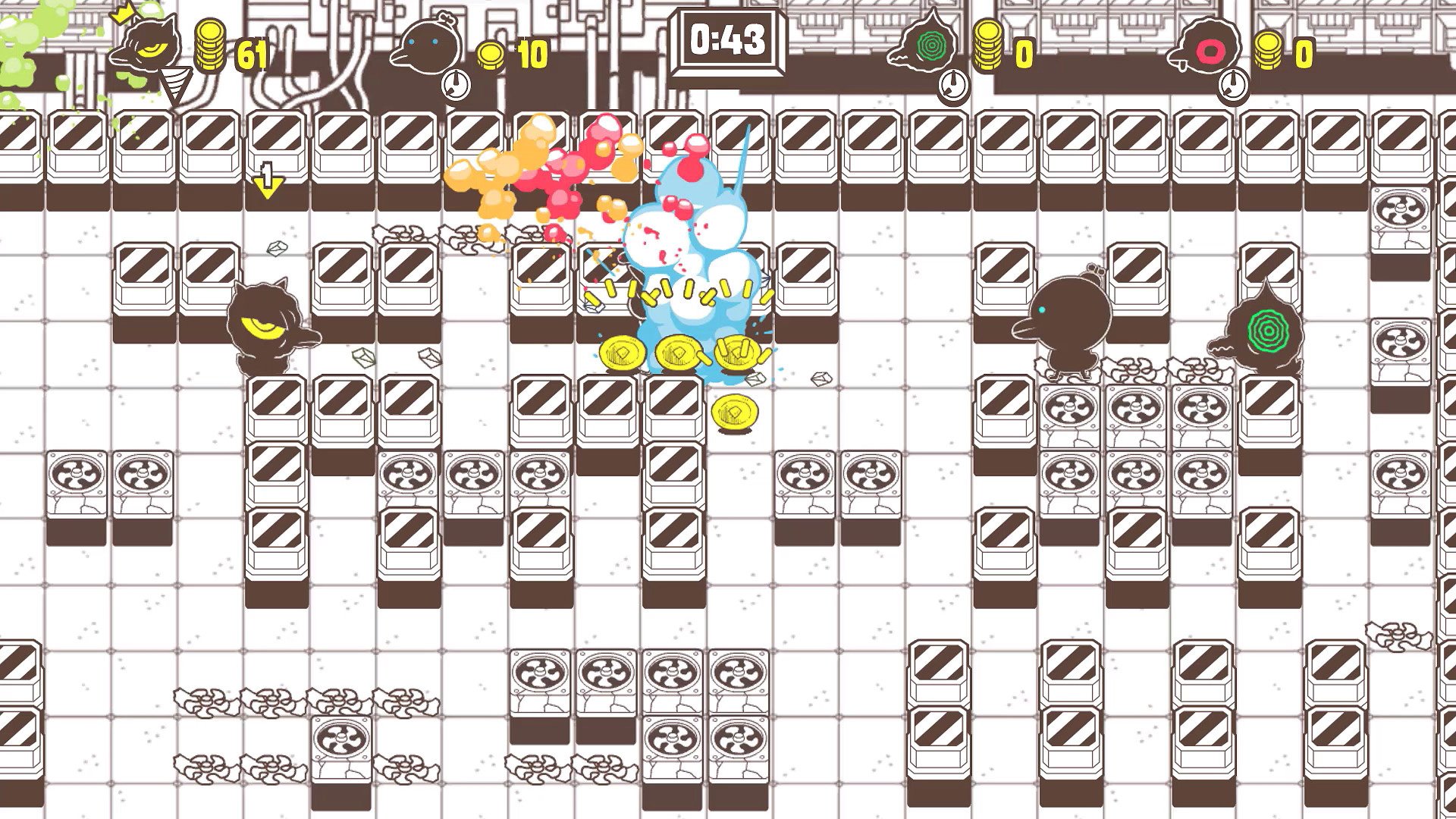 Dibs on the swirly green-eyed duck

I’m not always in the mood for Bomberman and its ilk, but when that urge hits, it’s relentless.

I think I could probably go for another bomb-slinging multiplayer game this year, and Ponpu – a frantic duck-themed take on the formula with “quick dodges, shields, and parries” – might just fit the bill.

It has coin-hoarding battles, free-for-all, and a Splatoon-nodding paint-the-stage mode (with an AI bot option if you’re short on nearby competitors), in addition to the part I’m really here for: a single-player story with “ten worlds” and boss battles. That’s a big aspect that Bomberman imitators tend to lack.

If the game design can live up to the foot-in-the-door art direction, this should be worth checking out. Ponpu is releasing for Steam, Nintendo Switch, PlayStation 4, and Xbox One in June 2020.