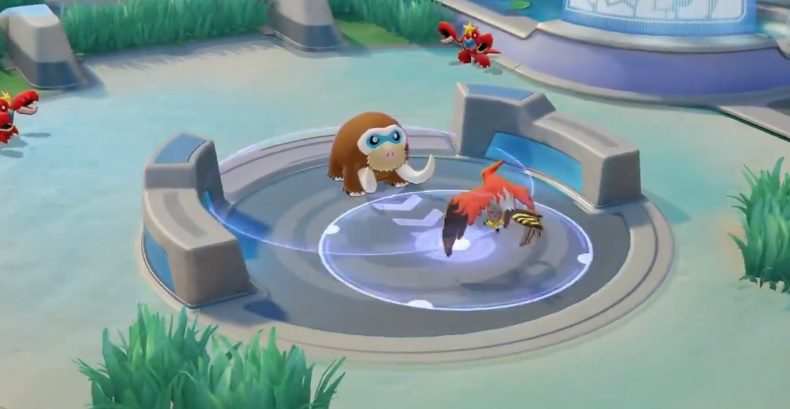 Recently, Pokemon Unite has undergone some big changes: you can read all about them here! The game launched on mobile, a bunch of things were tweaked, the UI got an overhaul, and we have the ability to earn three level-30 item enhancers. It’s an improvement overall, even if a few other things need changing (cough Zapdos). In the meantime, you can look forward to a fresh Mamoswine release date: September 29.

Over on Twitter, the Unite team lets us know the full Mamoswine release date, and we can expect it to arrive likely in the early morning. Mamoswine was datamined as a tank, and it looks incredibly ferocious based on the footage. Pretty much everything shown, including their unite (ultimate) move seems to be crowd control (CC)-based, which can allow a team to capitalize on an indisposed enemy.

The whole “lift/grab” ice move in the video below looks especially effective, as that’s a fairly long window that the enemy is completely incapacitated. In most MOBAs, those types of moves are deadly with a coordinated team. On top of that he also has a charge and stun, and his unite charges, stuns, and stomps.

Note that this addition is ahead of Sylveon, who was also revealed as an upcoming character, and is probably next up.

Get ready to freeze the competition in their tracks when Mamoswine joins #PokemonUNITE on 9/29! pic.twitter.com/e0xq7fCD7U