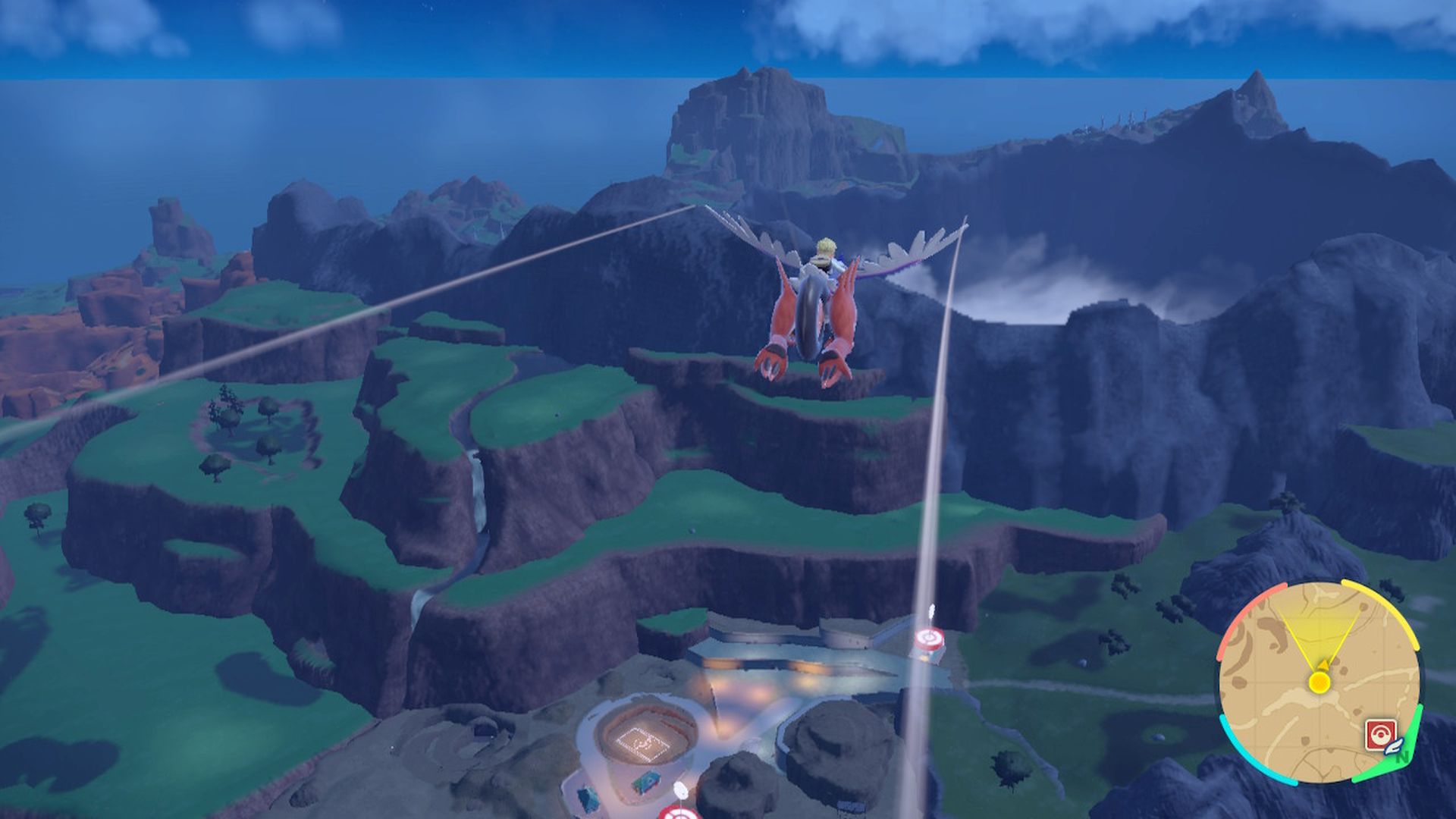 The lizard’s glide gets an upgrade

The vast, open world of Paldea is open for exploring. And if fast travel is too slow for you, then this latest Pokemon Scarlet and Violet glitch may be more your speed.

Players have been utilizing a trick that essentially turns your legendary, either Koraidon or Miraidon, into a fighter jet. This speed glitch started gaining popularity recently thanks to Twitter user @yuudainano, though they note that others discovered it before their post gained traction.

Essentially, the idea is to dash and leap off a high point in Pokemon Scarlet / Violet. (I recommend the highest peak in Paldea, up in the snowy mountains.) Deploy the glider, then cut it and turn, then redeploy and whip Miraidon or Koraidon back around in the process.

It’s a bit tricky to get a handle on, and it takes a few repetitions to get going. I’ve only managed to get it working a couple times. But eventually, as the camera starts to pull back due to your increasing speed, you’ll feel it. As players have shown, you can really get flying around Paldea using this Pokemon glitch.

What’s the use of this glitch? Well, for one, it makes for some cool movement and flyover options. You can really get a sense of connected Pokemon Scarlet and Violet is as you blast through all the different areas, one after another. Players have also used it to get onto the barren east side of the map, where they theorize some potential DLC may take place.

The open world of Pokémon

Really, though, it’s just fun to see Koraidon and Miraidon zip around like they’re in Ace Combat. I’m hopeful this one stays in, because the practical usage is pretty low—fast-travel is way easier than trying to take Air Koraidon around over and over—but the possible fun to be had is pretty high.

Pokemon Scarlet and Violet only came out last month for the Nintendo Switch. But while Game Freak and Nintendo are working on polishing up the latest mainline Pokemon game, it seems there may still be little secrets left to find in this world.