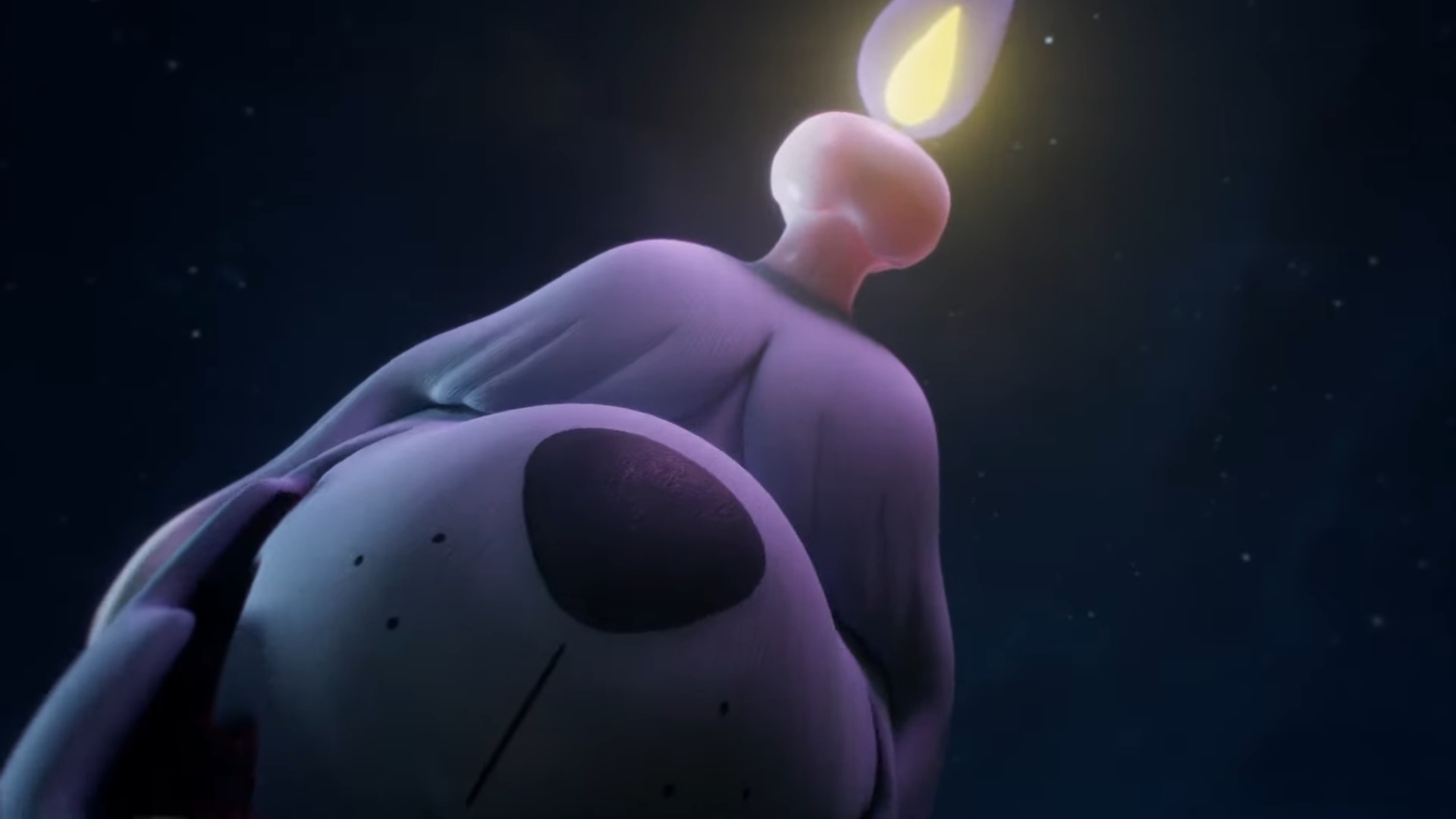 Muttley is an all-time best-dog in cartoons, and now it seems like everyone is ready to embrace this new good boy in Pokemon. Following a viral campaign from The Pokemon Company advertising that something was going to happen on October 25, we just got a new Pokemon reveal: in the style of a found footage video. Yep, it’s a new Pokemon dog.

Thanks to some post-video info dumps, we know that it’s a ghost-type Pokemon named Greavard, and that it seems to resemble a design that’s a cross between Litwick and a dog. It also possibly murdered the trainer in the video, and potentially has an “energy vampire” type aura.

Based on the official description, I was right!

“Greavard is friendly and affectionate, willing to follow Trainers no matter where they go with its handy Pickup Ability. Trainers beware – these Ghost-type Pokémon will slowly take the life force of those nearby and are known for grievous bites, so approach Greavard with caution.”

But really, this is kind of all people need. Just a little tease of a dog and they’re all good until the game actually arrives next month. We also get a quick soft confirmation for Mimikyu (one of the more popular modern ‘mons) in the new generation.

I think we’ve seen quite a bit of Pokemon Scarlet and Violet at this point, and all I really need is for it to deliver. The triple storyline system, the multiplayer aspect, the exploration billed as the first true open world: all of it sounds good in theory. Whether or not a Pokemon game will actually execute on everything it sets out to do: that’s always something that needs to be answered post-launch. For now, we have another Pokemon dog.

The debut of the new ghost type Pokemon dog:

[Update: A new video has debuted that shows off Greavard officially with a tad more footage, including a look at combat. You can watch it below.]