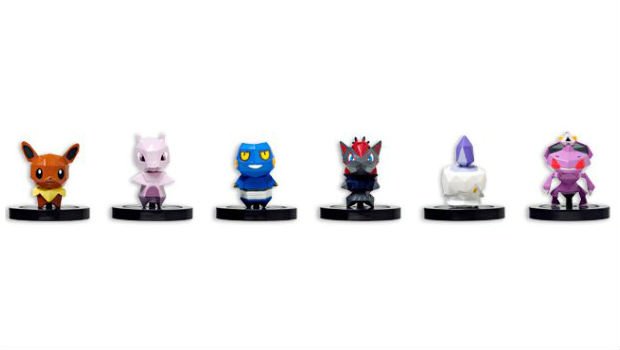 Nintendo is starting to roll out more details on the physical aspect of Pokemon Rumble U, revealing the second wave of toy figures — Eevee, Mewtwo, Croagunk, Zoroark, Litwick and Genesect. Said figures will utilize NFC technology (near field communication) to interact with the Wii U GamePad, just like Skylanders.

The actual game is dropping in Japan on April 24th, with the first set of figures, and this second set will roll out in May. I expect the Genesect and Mewtwo will be heavy sellers due to their film later this year. Figures are reportedly going for the equivalent of $2, but western pricing (or a release for that matter) isn’t 100% confirmed yet.

I’m not a huge fan of the Rumble series, but the toys have me intrigued to see where Nintendo brings the franchise next.