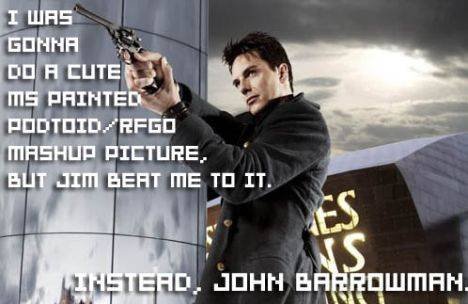 As Aaron Linde and Tiff Chow will be spending tonight going to game events and doing actual work, they’ve been temporarily and guiltlessly replaced by two members of everyone’s favorite podcast that isn’t Podtoid or Podcastle, RetroForceGO!.

That’s right: tonight at 8 pm PST, Chad Concelmo and Topher Cantler join myself and Jim Sterling as we run down interesting news stories of the past week. Finally free from the viselike grip of their retro dictator, Chad and Topher will, for once, be able to talk about modern games, if only for a few hours before returning to that most familiar realm of 8-bit graphics and unforgiving difficulty levels.

We’ll be talking about all manner of random stuff tonight, from homophobia to sequel trailers, so don’t hesitate to make your questions as random as possible.

The theme for this week’s sonnet is the blogocube, which, as we discussed last week, is a much more realistic spatial interpretation of the blog universe than the unbelievably irritating “blogosphere.”