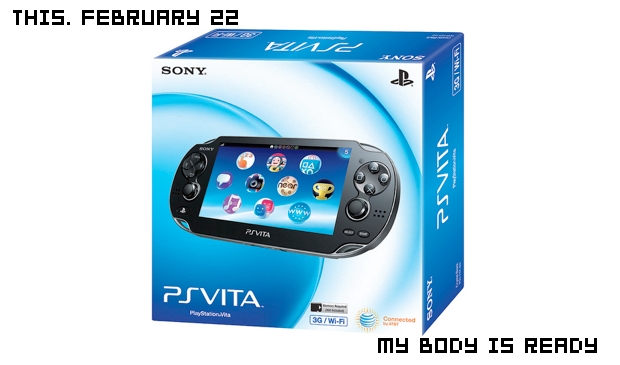 [Update: Canada, Latin America, and Europe are also getting their Vita on Feb. 22. The image you see above is the final North America box.]

This delicious portable will be available at your favorite game store for $249.99 for the Wi-Fi model and $299.99 for the 3G model.

That’s too long to wait, though less than we thought at first. I want it. I WANT IT NOW.