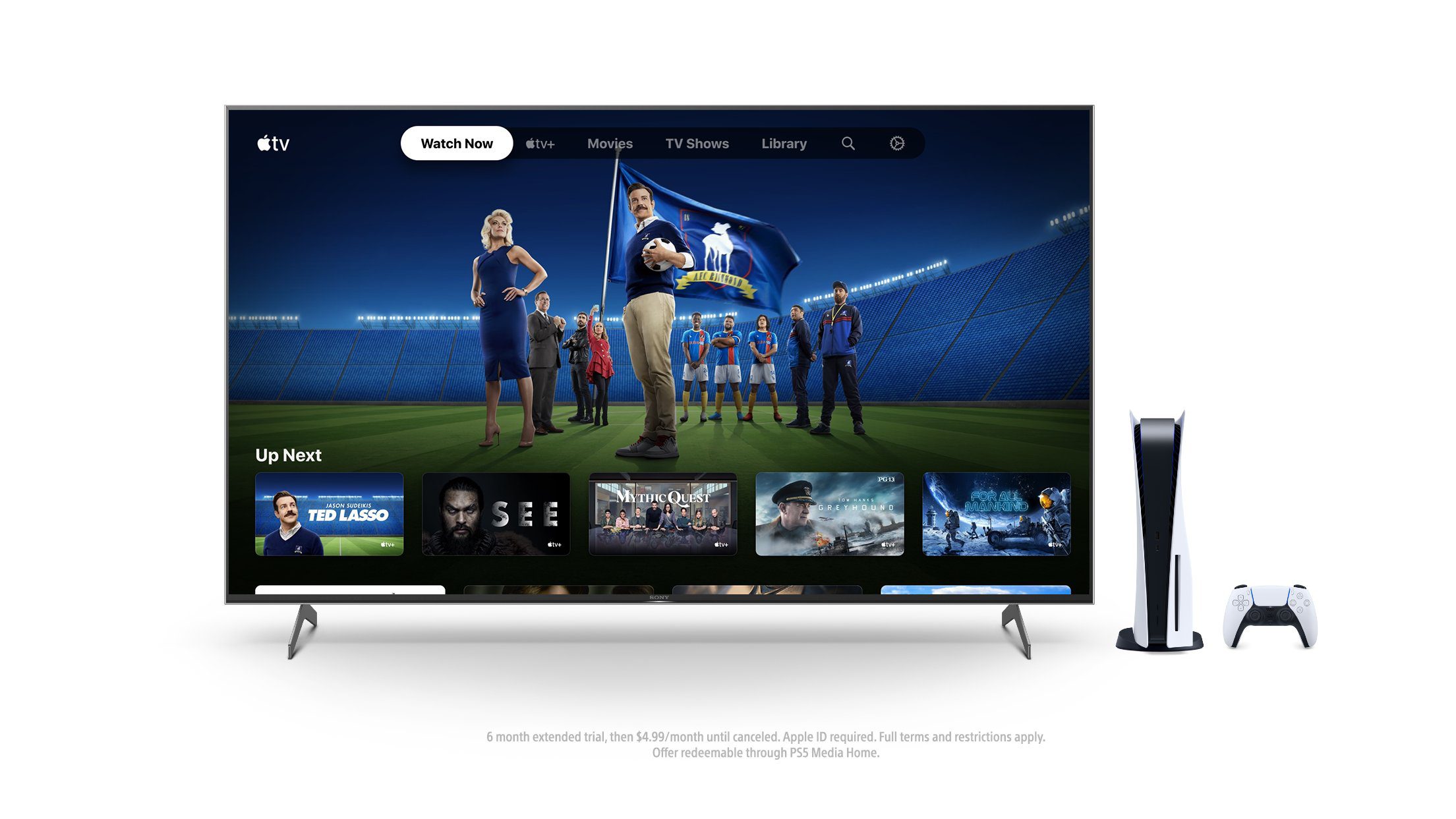 Sony and Apple have partnered to offer PlayStation 5 owners a special deal, not on games, but on streaming. Both new and existing subscribers to Apple TV+ can get a six-month extended trial of Apple’s streaming service by signing up through their PS5.

In an FAQ published today, Sony confirms that the offer is eligible for PlayStation 5, with no mention of PlayStation 4. Sorry, folks who haven’t upgraded yet. If you’re already an Apple TV subscriber, or are currently making use of the free trial period, you can redeem the offer; however, if you’re subscribed to Apple TV+ through a bundle offer, like Apple One, you won’t be eligible.

There are a number of original shows on Apple TV, with the game development workplace comedy Mythic Quest being an obvious appeal to anyone visiting this site right now. But I’m telling y’all: if you pick up this deal, you better make some time for Ted Lasso.

If you haven’t seen it yet, the show is about football coach Ted Lasso getting hired to run a European football (soccer) club. It stars Jason Sudeikis, who won a Golden Globe earlier this year for his role as Ted Lasso, and is honestly one of the most enjoyable binge-watches in recent memory. Even if you’re not a sports fan, there is a lot to like about the show, and season two starts tomorrow, July 23.

Either way, this is a pretty good streaming deal for anyone who’s managed to get their hands on a PlayStation 5. With six months to work with, it should be easy enough to sign up and blast through whatever series you’ve been meaning to watch, and then decide to keep it or leave it later.