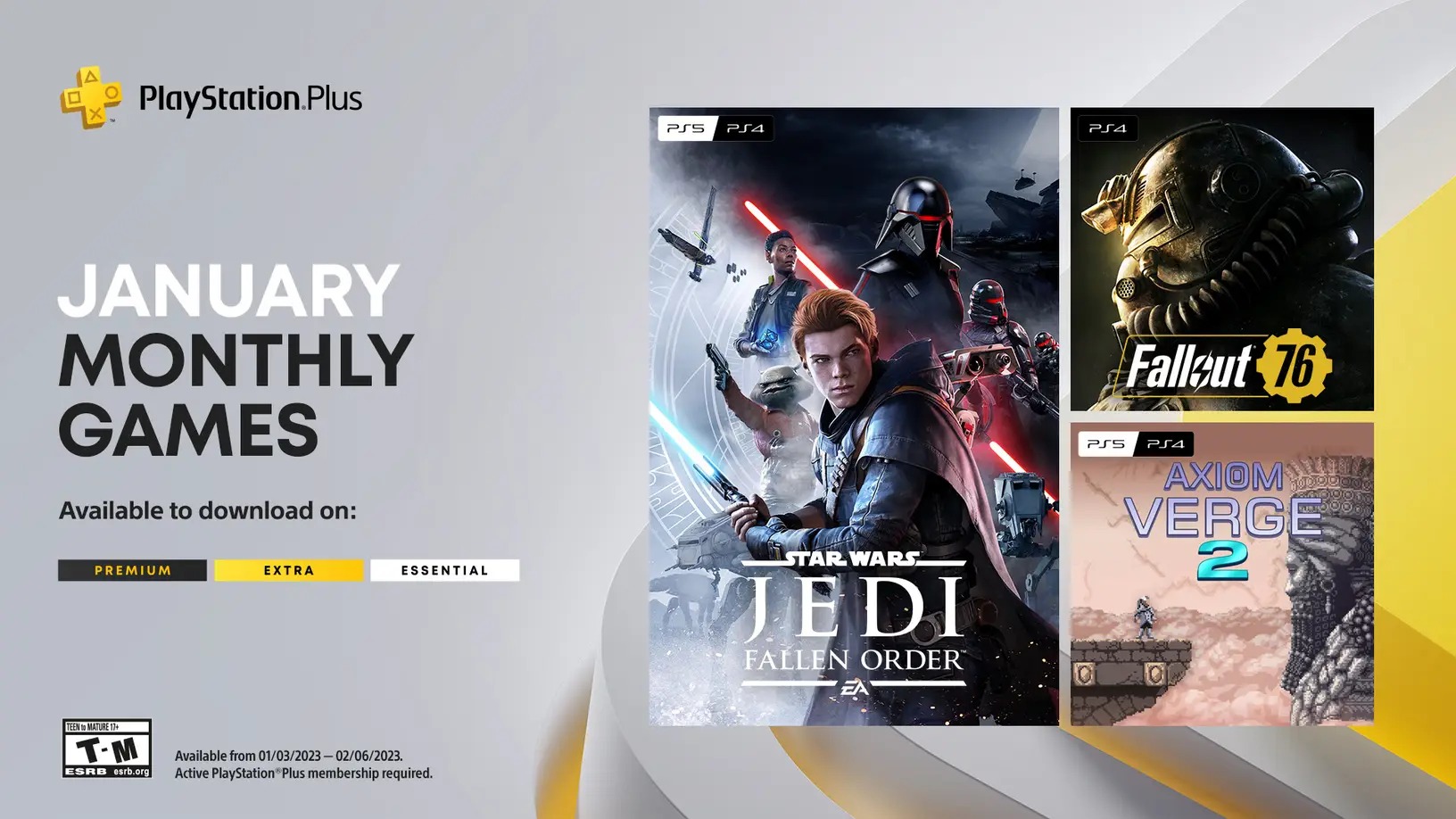 Jedi, nukes, and an ominous future

The new year is almost upon us, and with it a new month of PlayStation Plus titles. Sony has revealed the three games headed to PlayStation Plus to kick off January 2023, including a good way to brush up ahead of a big 2023 release.

Headlining the January 2023 PS Plus offering is Star Wars Jedi: Fallen Order, the single-player action-adventure game from Respawn following runaway Jedi Cal Kestis. It’s a good grab for anyone who needs to catch up on the story, as its sequel Jedi: Survivor is due to arrive in March. It’s not a large window, but Fallen Order should be easy to blast through in that amount of time.

For a little more multiplayer, Fallout 76 heads onto PS4. Though there’s been an ongoing tussle over the Microsoft-Activision Blizzard acquisition, Bethesda’s multiplayer Fallout will be free to grab for PlayStation Plus users in the month of January 2023.

Closing out the month is Axiom Verge 2, the follow-up to the first Axiom Verge. While it takes a more action-platforming approach with fewer guns and more exploration, it’s still a solid experience worth checking out if you enjoy exploring a map and ticking off squares.

A new year of Plus

While those three games head to every category under PlayStation’s tiered Plus system, more is on the way for those at the higher tiers. The PlayStation Plus Extra and Premium lineup for January is set to be announced soon.