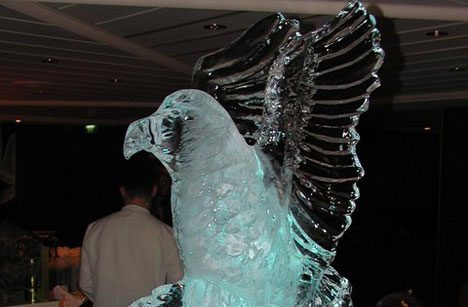 Have you ever spent any time in a Best Buy, EB Games, or GameStop playing their PlayStation 3 demo unit and have it freeze up on you? No, you haven’t… or so I was told by a Sony rep a few days back.

Just before the launch of the PlayStation 3, I walked into a local EB Games and noticed that they had finally (three days prior to launch) received their demo kiosk. Problem was, it was turned off. Right next to the hulking beast of a setup, two teenagers were wailing on “You Really Got Me,” the Guitar Hero II demo, and the PlayStation 2 was in full force.

Curious, I asked the annoyed, bored-looking clerk why anyone would dare do something like turn off a PlayStation 3 (The penalty for such an offense? Death, in some states).

“Well,” he sighed, “it’s locked up on us about five times. And we got it this morning.”

He explained to me how when the machine would freeze, he would have to unlock the kiosk and hard reset the machine — every time. It was easier, he said, to just leave it off and let people drool all over the protective plastic that housed what appeared to be an empty shell of a PlayStation 3 — if you don’t know, the actual unit is housed below the kiosk and is not visible. This, to me, was a fine explanation, and not surprising considering reports I’ve heard of units freezing at trade shows; and hey, the damned thing is cased in metal with little or no ventilation. I’ll let it slide.

Cut to a busy Christmas Eve: The same EB Games is bustling with last minute shoppers; a child knocks over a World of Warcraft: Burning Crusade promotional display; frantic mothers blather on about games they can’t remember the names of; and in the middle of it all I spotted a Sony PlayStation retail rep frantically cleaning off the very same kiosk I had mentioned earlier. I wasn’t going to let him get away.

“Oh, hi! I’ll be done here in one second and then I’ll turn on the unit so you can get a glimpse of the future.”

“Oh, I know all about it,” I said, trying not to laugh. “I have the future at home. In my closet. Still in the box. Trying to sell it. No takers.”

After a short, awkward silence, I decided to go in for the kill.

“So dude over there,” I said pointing to the busy clerk, “says he keeps the kiosk off because it keeps freezing up.”

“Well, actually, yeah. It does. I’ve seen it happen myself.”

“You make the entire console lock up on purpose because … why?”

“We do that so that people won’t play it all day long,” he explained. “Specifically during Motorstorm, we made it freeze up a lot.”

I’m totally confused at this point, completely stunned at what I’m being told because it’s the stupidest thing I’d ever heard. I let him rattle on for a while, trying to convince me (and probably himself) that yes, Sony went out of their way to have their consoles lock up so that the masses will not spend hours upon hours basking in all its glory.

He went on about how a PlayStation 3 shouldn’t be hard to get now, and how they’re shipping them out of Japan daily. I waited for him to spill the beans on the Cell processor powered, mechanized laser-breathing dragon they use to import the consoles to the States, but he revealed nothing.

When the Sony rep was done and finally turned on the future, I decided to stick around and play some Motorstorm (which is pretty damned awesome). Didn’t freeze up on me once.

Later, I was told by a Best Buy employee that they were told the same thing — the locking up and freezing was intentional. So, if you’re sitting at home and your console locks up on you or your Bluetooth controllers aren’t performing the way they should be, don’t worry about it.