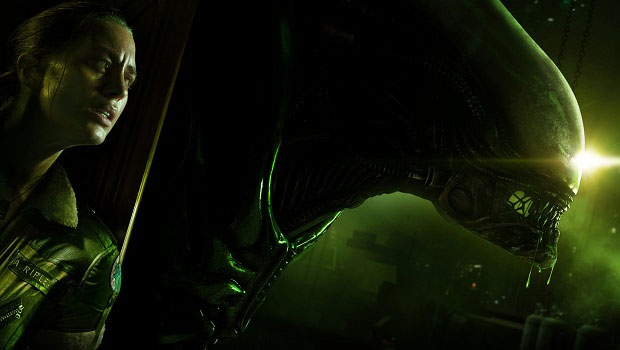 Demoing a game like Alien: Isolation at a convention such as EGX or PAX has always been problematic since horror works best when there’s time for quieter moments between the scares. There has to be a period of tension building before you start the shocks, but when you have a queue of impatient people wanting to play your game, you don’t really have that luxury.

Creative Assembly tried an interesting approach with the soon-to-be-released Alien: Isolation. The studio let a large groups of people into its booth and give them 10 minutes to escape a Survivor Mode map where the lethal Xenomorph was literally skulking around in neighboring rooms.

It was an interesting challenge, for sure. When we were lining up to get in, a jump-suited booth attendant said he had just one tip: “Don’t run.” Then when we got around to the front of the booth and saw the top time was 37 seconds, I know I started to question his wisdom.

There were time penalties imposed for using the motion tracker in Isolation but you could knock some precious seconds off if you found items or locked down a stairwell. For most of my session, blind panic set in because I never felt safe — not for one second.

I’m not sure this was the best way to show off the game, though. There was no quiet before the storm, no critical build up — it was literally get out of the first room, bring up the motion tracker and, “Oh bollocks, the alien is really close.” Running attracts the Xenomorph and it’s unnerving to hear the dull thud of its footsteps on the metal floor, hunting you down. A flamethrower was available but since it had enough fuel for two shots, it was definitely a last resort.

Still, I’m excited to play the full game as I really want to experience the build up to my first encounter with the Xenomorph. While the 10-minute challenge was fun, I think a gradual introduction to the game’s mechanics and ideas would give a better sense of how to play Alien: Isolation than this EXG showing. At least I know the guy in the jump suit was right… don’t run.