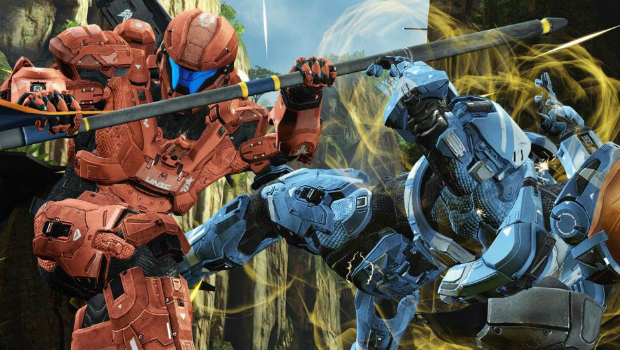 Join us for another awesome Xbox LIVE Community Playdate!

Well, on Friday, November 9, you’ll have your chance! Destructoid is hosting yet another Xbox LIVE Community Playdate, and this time we’ll be rocking the brand new game from 343 Industries! Join myself, Director of Communications Hamza Aziz, Mash Tactics host King Foom, and Contributing Editors Chris Carter and Abel Girmay as we live-broadcast for three hours on Dtoid.TV and shoot each other full of pink needles!

But that’s not all! We’re looking for three of the best Dtoid community members to join our team! Think you’ve got what it takes to battle with the big boys? Drop a comment below describing your most epic Halo moment; the three best comments by this Sunday at 11:59 PM will win a spot on the team! Your Gamertags will also be listed alongside ours on the Xbox 360 dashboard and on Xbox.com. It’s pretty awesome!