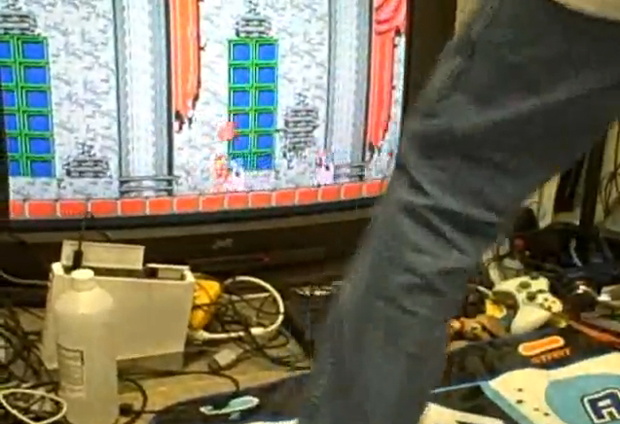 Fellow game music remixer and overall hilarious guy Nick Hagman’s fingers are perfectly fine. There’s absolutely nothing wrong with them. His desire to play NES classic Castlevania with his feet will never be fully understood by me, but I’m glad he did it. I’m glad that he was okay with jumping around like a crazy man on camera.

Castlevania‘s a bitch even with your fingers, but Nick goes at it with a Mario DDR dance mat and does a pretty fine job of going through level 1 of the game. He starts out slow, but when he gets into it, he does pretty well. I was impressed with his ability to time a jump to hit both the A and B buttons to whip and jump at the same time. The bat boss? He went down easy.

According to OSV, he’s made it to level 5 already.