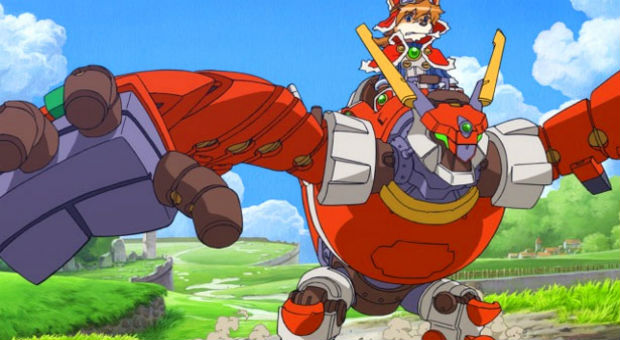 Solatorobo was released in October 2010 and is set in a steampunk fantasy world made up of floating islands populated by adorable dogs and cats. The game focuses on an adventurer named Red Savarin who pilots a flying mecha. On a quest to obtain a lost pendant he meets a mysterious cat person named Elh, and becomes involved in a series of events that reveal the truth of the origin of his world.

Solatorobo received positive reviews, but sales were fairly low. Hiroshi Matsuyama, the president and CEO of CyberConnect2, the developer of Solatorobo, has confirmed that they already have a story treatment for a sequel. However, at this time he stated that there is no platform or release period planned for it yet.

Red’s event in Little Tail Story will be in session until July 28. And as an aside, I really enjoyed Solatorobo! Check it out if you haven’t.