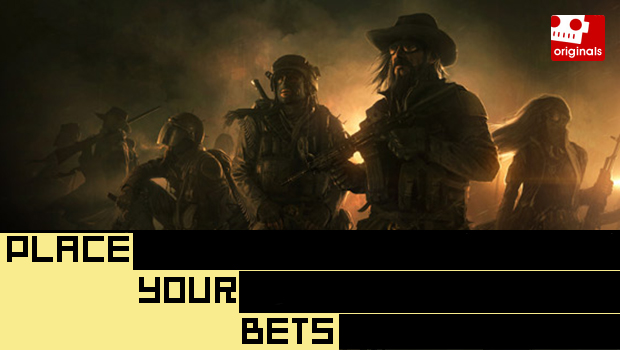 At the end of every year, we walk away with a couple words that define it. Though we aren’t even halfway through 2012, I have a feeling “Kickstarter” is going to be one of them.

Kickstarter is a site where people like you and me can both fund a project (game, film, etc.) and pitch a project that others can fund so that we can go out in the world and make it happen. You most likely know this, though. Not only do you know this, but you are absolutely sick of the word and its ubiquity on gaming sites and Twitter as of late, right?

With three games recently pulling in over a million dollars in backing, Kickstarter isn’t a trend that will go away if we ignore it. It’s making developers envious, publishers annoyed, gaming press confused, and game enthusiasts excited.

Me? I’m skeptical more than anything. I’m skeptical that all involved parties will be happy in the end. In order to follow this unforeseen force in the industry, I am launching a new Destructoid Original series where I will keep tabs on the good, bad, and weird coming out of Kickstarter.com.

Where other sites have been pointing you toward Kickstarter campaigns with the enthusiasm of a PR firm, we here at Destructoid will breakdown the reality of projects, instead of sell you a developer’s dream. Every other week we will take a look at some recent Kickstarters and analyze if they will succeed and if they deserve to in the first place.

After Double Fine made over a million in 24 hours on Kickstarter — a first for the four-year-old site — there was a consensus that nothing going forward could shock us about future Kickstarter successes. And then Wasteland 2 happened.

It’s shocking because, unlike Double Fine, inXile are developers of some rather dull, mediocre games. Sure, the 2004 Bard’s Tale reboot had its fans, but Hunted: The Demon’s Forge was one of the most middling games of last year! Nevertheless, people paid attention to this Kickstarter and happily threw their money at it. Over $3 million if you count PayPal backers!

Why did it succeed? Wasteland 2 has the promise of being the Fallout 3 game Interplay teased long ago. It helps that the original Fallout‘s co-creator, executive producer, and composer are all on board. The real selling point though was the well made, entertaining Kickstarter video that likely won over those not even familiar with Wasteland‘s history. The Kickstarter page was also well put together: concise, visual, and wonderfully structured.

The Verdict: Do we really need another RPG in a dystopia? After Rage, I think I had enough of this aesthetic. Upon Wasteland‘s release in 1988, it was novel to see a game borrowing so heavily from Mad Max. Now, it’s just kind of trite. However, I welcome a new tactical strategy game — I’m not sure others will feel the same though, looking at the response to the recent Jagged Alliance reboot. Furthermore, I don’t get the feeling these guys know how to evolve the genre. They talk about exploration and moral choice as if they were still original prospects in games. Far from it. In the very least, you can trust Wasteland 2 won’t likely become vaporware since it’s from an established studio. Too bad it’s one with a very shaky track record.

The name says it all. That is if the word “Shadowrun” meant anything for you to begin with. For a lot of us, it brings us back to days spent with the excellent Super Nintendo Shadowrun — a cyberpunk RPG based on a pen-and-paper game that featured a futuristic dystopia inhabited by creatures typically found in fantasy novels. It was a meeting place between Gibson and Tolkien, where orcs could run seedy dance clubs and a dragon could run a corporation. It was pretty great.

Why did it succeed? Like Wasteland 2, Shadowrun Returns is helmed by its original creator who has a fresh-faced studio behind him. This earns the project a lot of good will. It helps that the group acknowledge that they are against the 2007 Shadowrun FPS — which, as much as I loved, didn’t capture the franchise’s essence — and that the SNES Shadowrun is worth borrowing from. It’s also another well made Kickstarter page with a snappy video to boot.

The Verdict: I’m worried that the game will be shallow, as they are building it for PC and tablet. I don’t see how you can do that without compromising some depth and ideas. However, Harebrained Schemes have proven themselves capable of making a good iOS strategy game with last years Crimson: Steam Pirates (published by Bungie of all companies!) As a Shadowrun fan, I’d be happy just to enter its brilliant world again, even if it means killing cyber-rats for the first hour.

So, you just won $42 million dollars! What are you going to do! Make a Kickstarter for a generic fantasy  MMORPG? Uh, really? Well … okay, then.

Your World is “a MMORPG Game built by gamers, for gamers and funded by gamers.” If that isn’t descriptive enough, head over to the developer’s website for long, insane outline of the game.The problem is that the lengthy explanation only left me more confused on what exactly this game developer and Mega Milllions lottery winner Ellwood Bartlett wants to achieve. Battles will play like a 2D fighting game? Gladiator foot ball? Cybrogs? Okay, I guess. Cool MMORPG, bro.

Will It Succeed? Hell no! If there isn’t a law that prevents a multimillionaire lottery winner from asking for $1.1 million for a MMORPG on Kickstarter, there should be. With two weeks left, I don’t see this high-asking price being met. That is, unless Bartlett throws his own money in the pot in order to access the $20,000+ already backed. That he got that much for such a poorly conveyed, unoriginal concept is an achievement in itself.

The Verdict: Either Barteltt is so far off the deep end that he is onto something brilliant I can’t see or he is just crazy. Regardless, I wouldn’t bet my money on it.

With a name like that, how can you not want to throw money at this project? Before you start writing those $10,000 checks, you should know about its developer Willie Shi and his development studio 8land (which can easily be misread as “Bland,” a telling detail).

Shi has a long history in game development and as his bio states “He learn new stuffs super lightning fast, He is at least 10 times faster than most programmers/developers.” Take a look at his previous projects and you have to wonder how capable he is of pulling off an ambitious FPS where you, uh, shoot animals on an island?

My favorite part of the Kickstarter is that he uses a 2002-era looking model of Angelina Jolie as a selling point, despite not having the rights to her likeness.

Will It Succeed? Not likely. Unless the fans of Shi’s past freemuium iOS masterpieces, including Memory Test Free and Riddles Unlimited, throw down some serious cash for this project, I don’t see its half-million asking price being met.

How do you guys feel about the above Kickstarters?

What about Kickstarter in general?

Want to suggest some awesome or just plain stupid Kickstarter pages for me to cover? Come Tweet at me, brah!