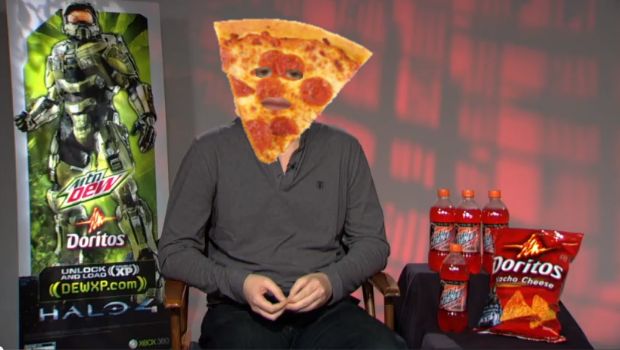 Microsoft has added a new way to make cash aside from its advertisements, sponsored games, and Xbox Live Gold subscriptions, now offering an app that lets you order Pizza Hut food directly from your Xbox … and it’s better with Kinect.

Rather than, say, do the sensible thing and use an actual website, you can now turn on your Xbox 360, navigate to the Pizza Hut app, and faff about with Kinect’s voice recognition and motion controls to order a Big Sweating Meat Mouthful. Or they can use an Xbox controller. Or, they can go back to that aforementioned sensible option.

The app uses your Xbox or PizzaHut.com accounts to save order settings, and you can even share your order details with Facebook, to let your friends know what a piece of shit you are. So far the app’s only been released in North America (makes sense), and there’ll be a 15% discount for a limited time.

Obviously I am fat and like the taste of food (might as well get that obligatory mention out of the way now), but I think I most enjoy Microsoft’s continued flaunting of its own money-spinning endeavors on a service users are already being charged to access. I’ll add this to the list of things I’ll crank out the next time Microsoft tries to pretend its Gold account scheme is oh-so necessary because otherwise it’d have no cash.

We’ll have to wait until it’s live today to see if it requires a Gold subscription, but it’s likely, because Microsoft.