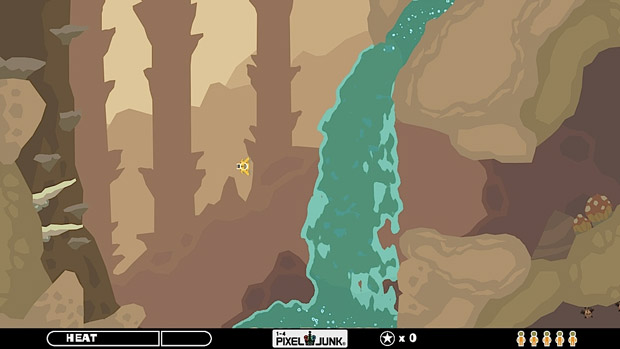 Double Eleven is bringing another Q-Games title to PC this year following its work on PixelJunk Monsters for Steam. Next up is the previously PlayStation Network-exclusive PixelJunk Shooter.

It’s coming to digital distribution platforms like Steam (Windows, Mac, Linux) on November 11, 2013. The price — $8.99/£5.99/€6.99 — is a bit easier on the wallet this time, too. Playing around with the game’s mesmerizing fluid dynamics is something you should look forward to, if you’ve yet to try Shooter. It’s a lovely game made by lovely people.

I like where this trend of porting is going. Q-Games’ PS3 library was one of the major reasons I wanted to get the console originally, and having those titles release on more platforms — especially one with as big of an audience as PC — is terrific.

And our next PixelJunk release is………. [Double Eleven]