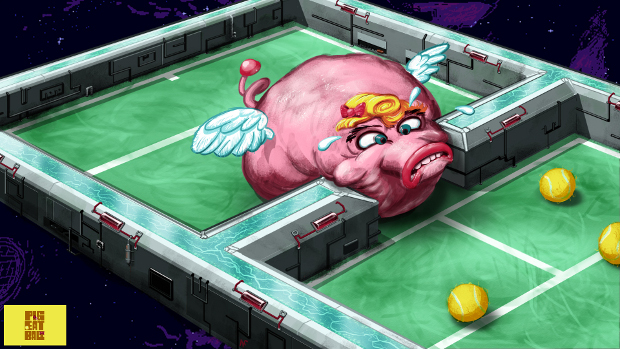 Nathan Fouts of Mommy’s Best Games is becoming one of the most prolific indie developers out there. After breaking from Insomniac, he has gone on to make games like Weapon of Choice and Grapple Buggy, both of which were underappreciated, likely due to releasing on the Xbox Live Indie Games channel.

Mommy’s Best’s most recent title Pig Eat Ball is debuting this weekend at Minecon. It features “puzzlish action” gameplay in which the player controls a pig who, perhaps unsurprisingly, eats balls. The protagonist pig really wants to eat all of the tennis balls in a stage, but as it eats more balls, it grows bigger and can no longer fit through certain spaces. Then, as Fouts puts it, the pig can throw up balls and “then it gets weirder.” I can only imagine.