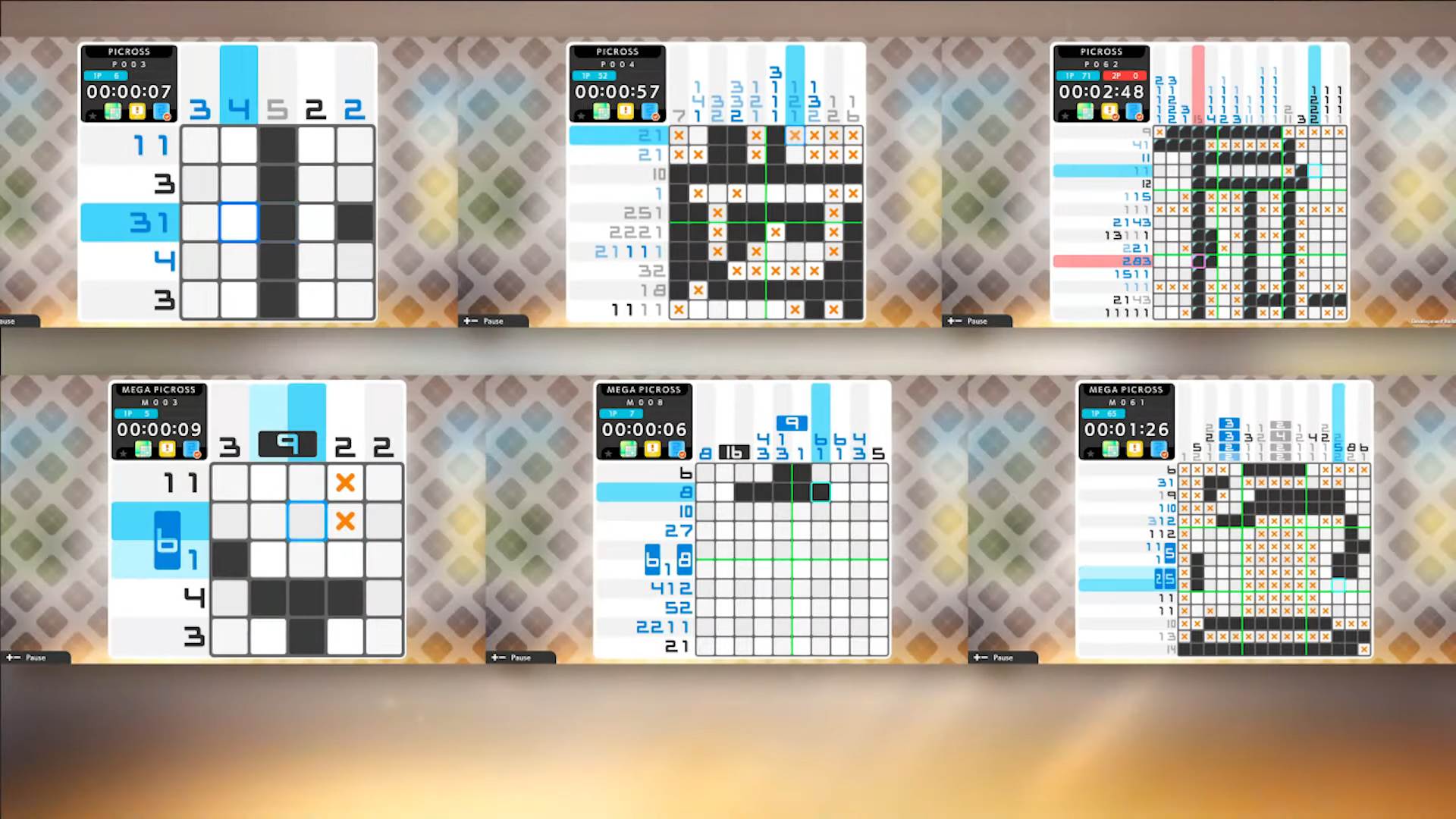 I crave the Picross

The Nintendo Switch has had no shortage of Picross options, and Jupiter’s shown no signs of slowing down. Picross S6 has been announced, coming to the Switch eShop on April 22, 2021.

This marks the sixth game in the Picross S series to arrive, stretching back to the first in 2017. Picross S6 will have 300 Picross and Mega Picross puzzles, 150 Clip Picross, 30 Color Picross, and five Extra puzzles, for a total of 485 Picross puzzles to solve.

That’s a whole lot of Picross, and it’s true, there’s a lot of it on the system. Alongside Jupiter’s Picross S series, there have been some newcomers to the puzzle format, like story-driven murder-mystery Murder by Numbers. I do miss Picross 3D a bit too, and hope there’s still some potential for that in the future.

But Picross is my chill game. It is what I play when I need to just relax. This trailer has actually made me a bit nostalgic; when I used to travel a bit more often for conventions pre-pandemic, the Picross S series became a go-to for light bouts of puzzle solving. It’s a little sad I won’t be plugging away at some Clip Picross on a plane anytime soon.

That said, Jupiter is filling the grid-shaped hole in my heart, one box at a time. There’s even a new quality-of-life feature in this one, to help track box numbers on large Picross puzzles. There are a lot of games on the horizon, but I know I’ll probably make some time for some logic-based box puzzles.