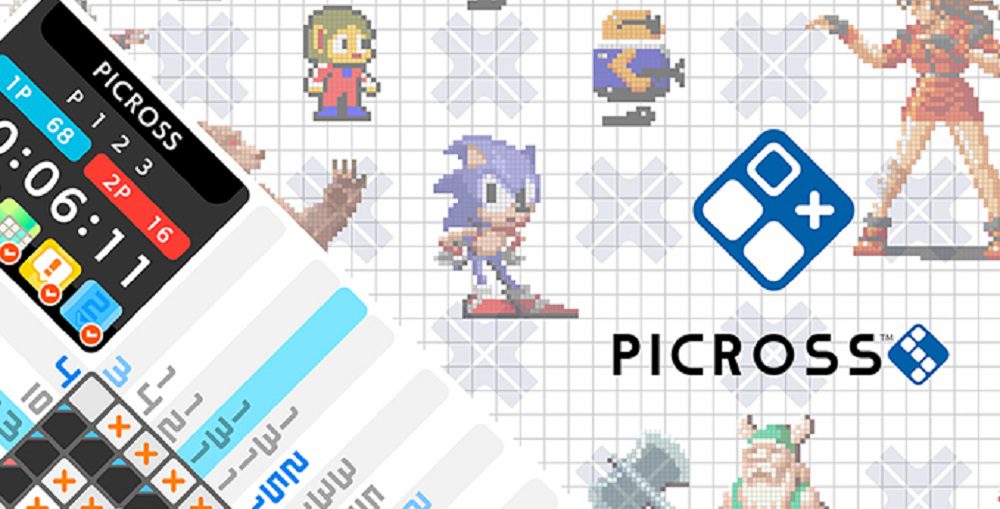 Developer Jupiter has announced a new Sega edition of its popular block-filling puzzle series Picross S for Switch. This entry will have particular appeal to retro gaming fans, as all of the puzzles are themed after classic characters and sprites from Sega Mega Drive and Sega Master System classics such as Golden Axe, Alex Kidd, Streets of Rage and, of course, Sonic the Hedgehog.

Available to download late next week, Picross S: Sega Genesis and Master System Edition, (or Mega Drive and Mark III Edition in Japan), will host a whopping 480 “nonograms” across its Picross, Mega Picross, Clip Picross, and Color Picross modes. In all, 59 classic Sega franchises will be putting in an appearance, from arcade classics such as After Burner, Alien Storm, and Shinobi, to home console hits like Shining Force, Comix Zone, and the Phantasy Star series.

This newest release is the latest in a line of Picross titles, offering hours upon hours of brain-teasing fun for those with a penchant for nonogramming, (is that even a word?). While some of the featured games and their accompanying sprite work is right up my alley, my tired old grey cells can’t quite wrap themselves around the Picross phenomenon — This release does feature a full tutorial, however, so maybe I’ll give it a look-in after all.