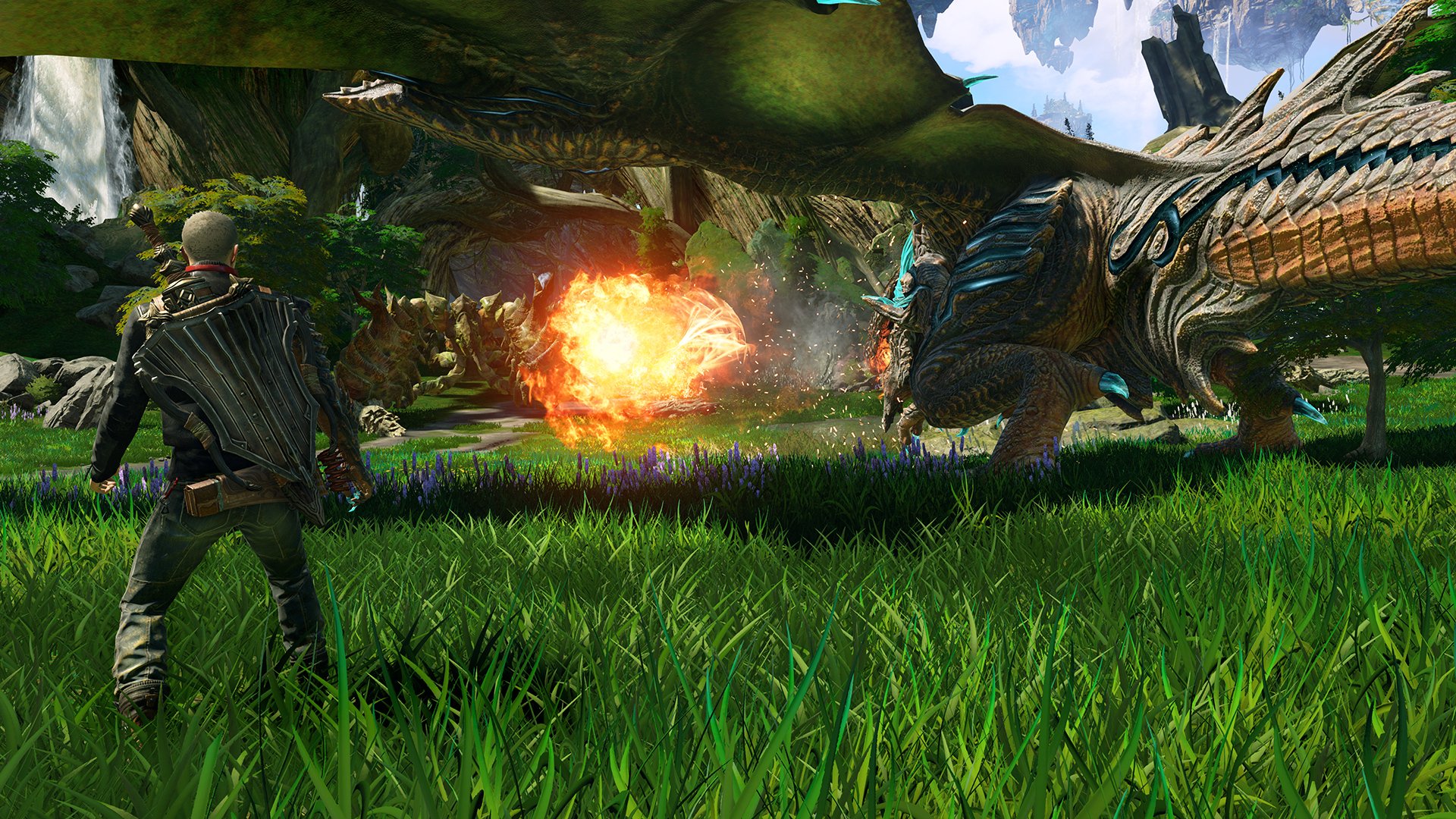 On Monday, publisher Microsoft Studios ceased production on Platinum’s Scalebound. It wasn’t a wholly unexpected move. Scalebound was revealed at E3 2014, but between then and now Microsoft never did anything to make it seem like the game was any closer to being a finished product. It made a handful of appearances in press conferences but it always felt far off, at least a year away at any given time.

Scalebound‘s cancellation hit hard for a lot of people. Since that E3 reveal, this was the Xbox One exclusive that really stuck out — the one that was weird enough and different enough and cool-looking enough to be really special. It also wasn’t Halo or Gears of War though, which means that no sales threshold was guaranteed.

Platinum has already expressed sadness over the situation. The developer’s official statement mixed remorse about the game being canceled with an enthusiastic commitment to making all its other games great. Director Hideki Kamiya also apologized on Twitter to everyone who was looking forward to Scalebound. It’s easy to understand how disappointed Scalebound‘s creators must have been, dedicating four years to making something that will never get finished.

Xbox head Phil Spencer also took to Twitter today to apologize for Scalebound‘s cancellation. “It hurt me as well and to the community I apologize. I want everything we start to turn out great, to take risks, create diversity,” he said in one tweet. “I know we have to take risks, I realize right now [that] probably sounds hollow,” he said in another.

Spencer has always been very good at this. Ever since he took over for former Xbox president Don Mattrick, Spencer has interfaced directly with the Xbox community, openly answering their questions and assuaging their concerns. He rarely misspeaks. He has an air of honesty about him that people quickly came to respect.

So when Spencer says that canceling Scalebound hurt him, it’s probably truthful. He likely had a hand in signing and greenlighting that project. He certainly played a part in publishing matters over the past three years. Nobody wants to admit that they made a bad gamble, especially when it’s as forward-facing as this.

But Spencer has two groups of people he has to answer to. There are the Xbox fans who chide him on Twitter and there are the Microsoft shareholders. One group wants the best gaming experiences on the planet; the other wants whatever’s profitable and nothing else. Sometimes the two have similar interests, but a lot of times those interests are at odds — at least in the short-term.

Scalebound is a clear example of those interests conflicting. This is pure conjecture, but it seems as if the game was at a crossroads where it would require significant additional funding to release in an acceptable state. You have to imagine that if it were near-finished, Microsoft would’ve seen it through in order to recoup some money even if it still would’ve been a net loss.

At some point, that was obviously no longer feasible. The graph that charted additional investment and projected sales had become too divergent. It no longer made sense to continue production on Scalebound. From a financial perspective, cancellation was presumably smart.

Spencer appears semi-emotional about it on Twitter, but that sort of belies the spirit of this decision. Scalebound was canceled because that was the cold and calculated business-prudent move. Reason prevailed. Apologizing for disappointing people is a nice gesture, one that’s in line from what we’ve come to expect from Spencer. But he doesn’t need to apologize because he did what he deemed was best for the company and for the Xbox division.