Just set it free and dance!

It’s been months since the Investigation Team cracked the case and life is getting back to normal. That is, until members of Rise Kujikawa’s J-pop group suddenly go missing. And, surprise, surprise: The rescue mission brings the gang face to face with an old nemesis, the Shadows from the TV World. Except this time the only way to defeat them and save the day is through the power of dance.

Does that make sense? I certainly hope so. If not, go play Persona, you savages. 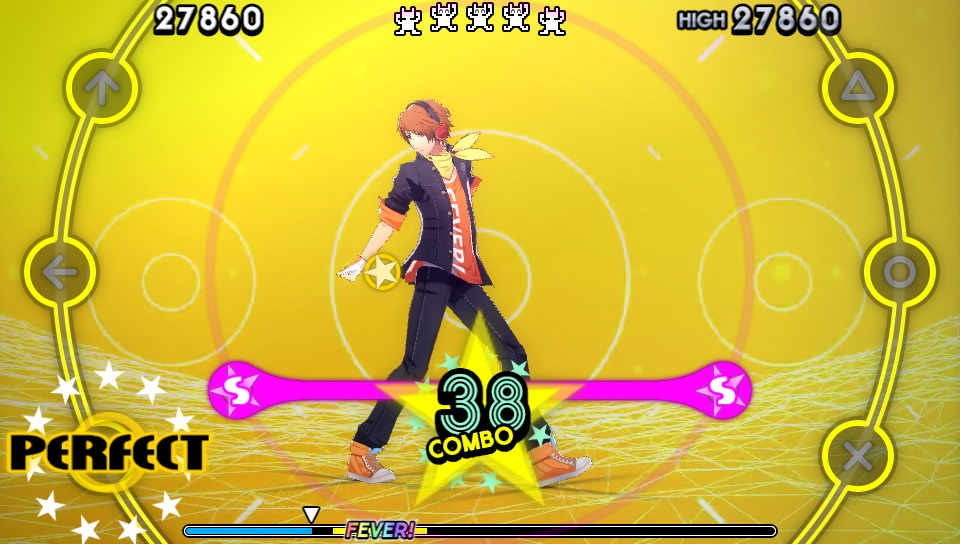 This is all a set-up for a rhythm game, where the spotlight shines on Atlus composer Shoji Meguro’s infectious tunes, including some new tracks to go along with remixes of old favorites.

Persona 4: Dancing All Night‘s gameplay is reminiscent of Sega’s Hatsune Miku: Project DIVA series, which makes sense given the tiles were both created in part by the same studio, Dingo.

Unlike the Project DIVA games, where the notes fly in from off-screen toward the center, Atlus is taking the opposite approach with Dancing All Night. Star-shaped objects appear and fly from the center of the middle of the screen toward six points on the outer edges of a ring, all of which correspond to parts of the D-pad and individual face buttons.

As rhythm game veterans know very well, how you time your button presses as the notes fly into these zones will impact how well you score. There are various levels of difficulty to select between, so fans of the genre can challenge themselves while those just looking for a new Persona story can breeze through the stages with less resistance. 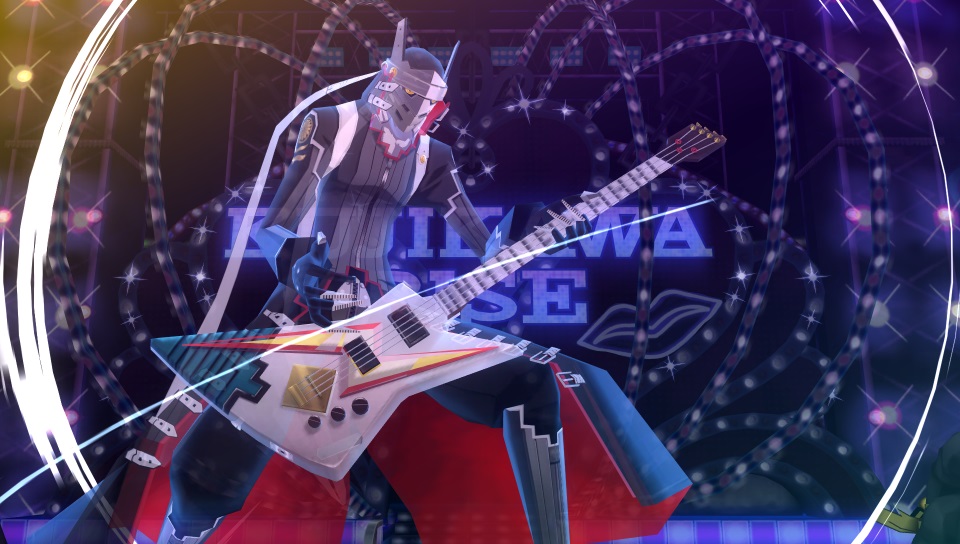 As you tap along with the beat, familiar faces like Kanji and Chie will groove out to the music on the Midnight Stage while Shadows look on the in audience. Eventually, the stages will culminate in a Persona summon, which I got a real kick out of. Seeing (the main protagonist) Yu’s partner Izanagi jam out on a bass guitar put a big smile on my face.

Atlus also showed us the game running on a PlayStation TV, which might be a tad more challenging than playing it in the palm of your hands on the Vita depending on how far away you sit from your screen. Since we were pretty close to the monitor during our demo, this required us to rely heavily on our peripheral vision, which added a layer of challenge.

Whether it’s an RPG, fighter, or rhythm game, more Persona is always a good thing in my book and seeing Persona 4: Dancing All Night in action this week at E3 has me no less excited about the game. I’m definitely looking forward to seeing more of it when it finally launches sometime this fall.