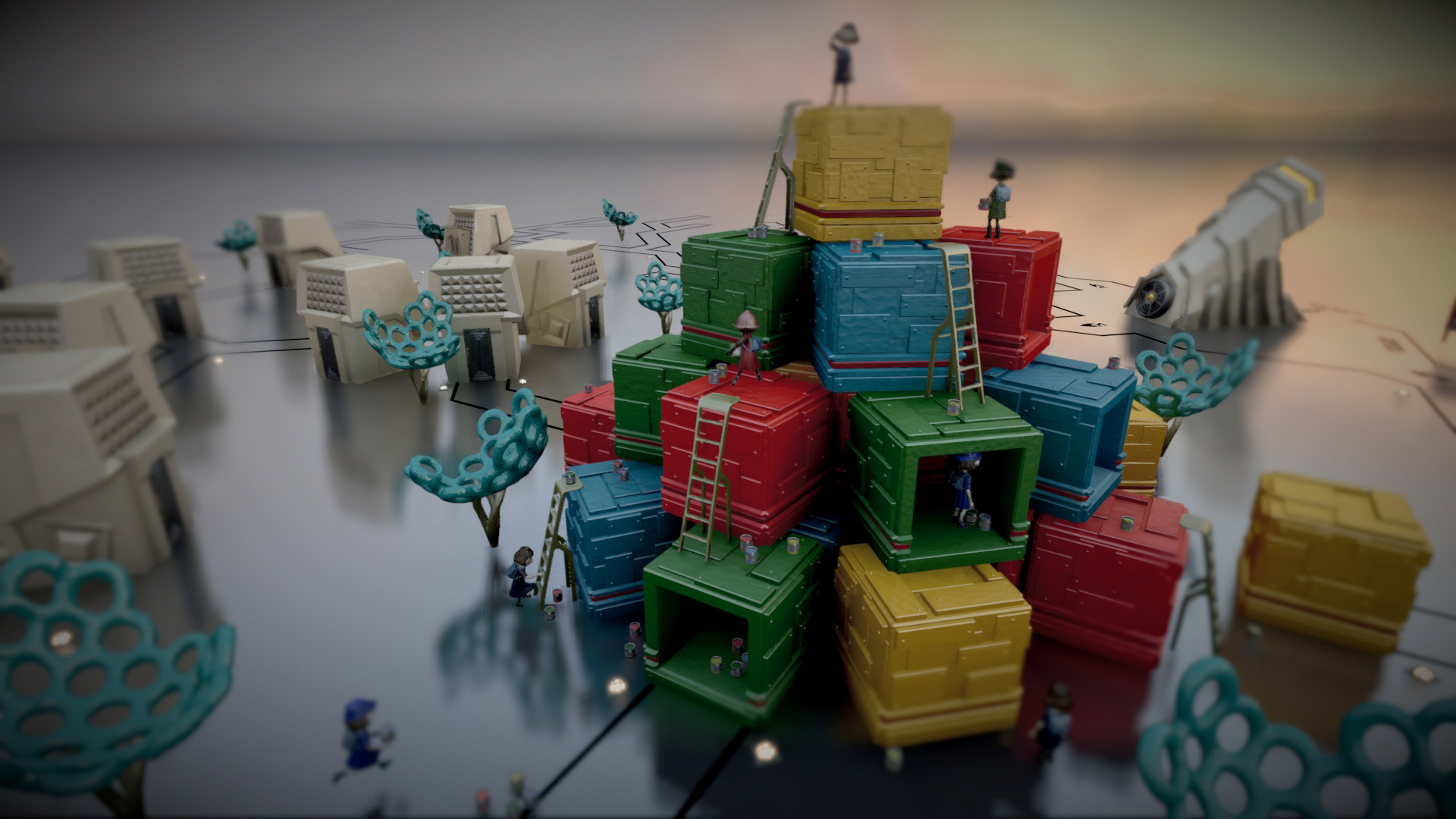 Launching with an ‘early access’ Founders Pack next month

The multiple beta tests for The Tomorrow Children have totally messed with my sense of how far along the game actually is and when it’s coming out. Much sooner than I would have thought, it turns out!

The PlayStation 4 game will first launch on September 6 with a paid early-access “Founders Pack,” followed by a wholly free-to-play option arriving sometime “in the coming months.”

Q-Games’ Dylan Cuthbert is better than me at summing up the subversive sandbox game. “As ‘projection clones,’ players will be tasked to work together — And unite for the glory for all! — in an alternate future Soviet Union in order to restore civilization to a world that has been annihilated by a failed science experiment. Gather resources, build and customize your town, build defenses, fend off gigantic ‘Izverg’ kaiju monsters, and much more.” And those are the more comprehensible parts!

The full breakdown of what’s in the Founders Pack ($19.99) can be found in the link below but, in short, it’s some virtual “Freeman Dollar” currency to get you started, licenses to access higher-end weapons and tools, and the bourgeoisie papers needed to be a town-building citizen. Considering the game’s multiplayer focus, I shouldn’t be surprised that it’s free-to-play. That’ll get more folks in.