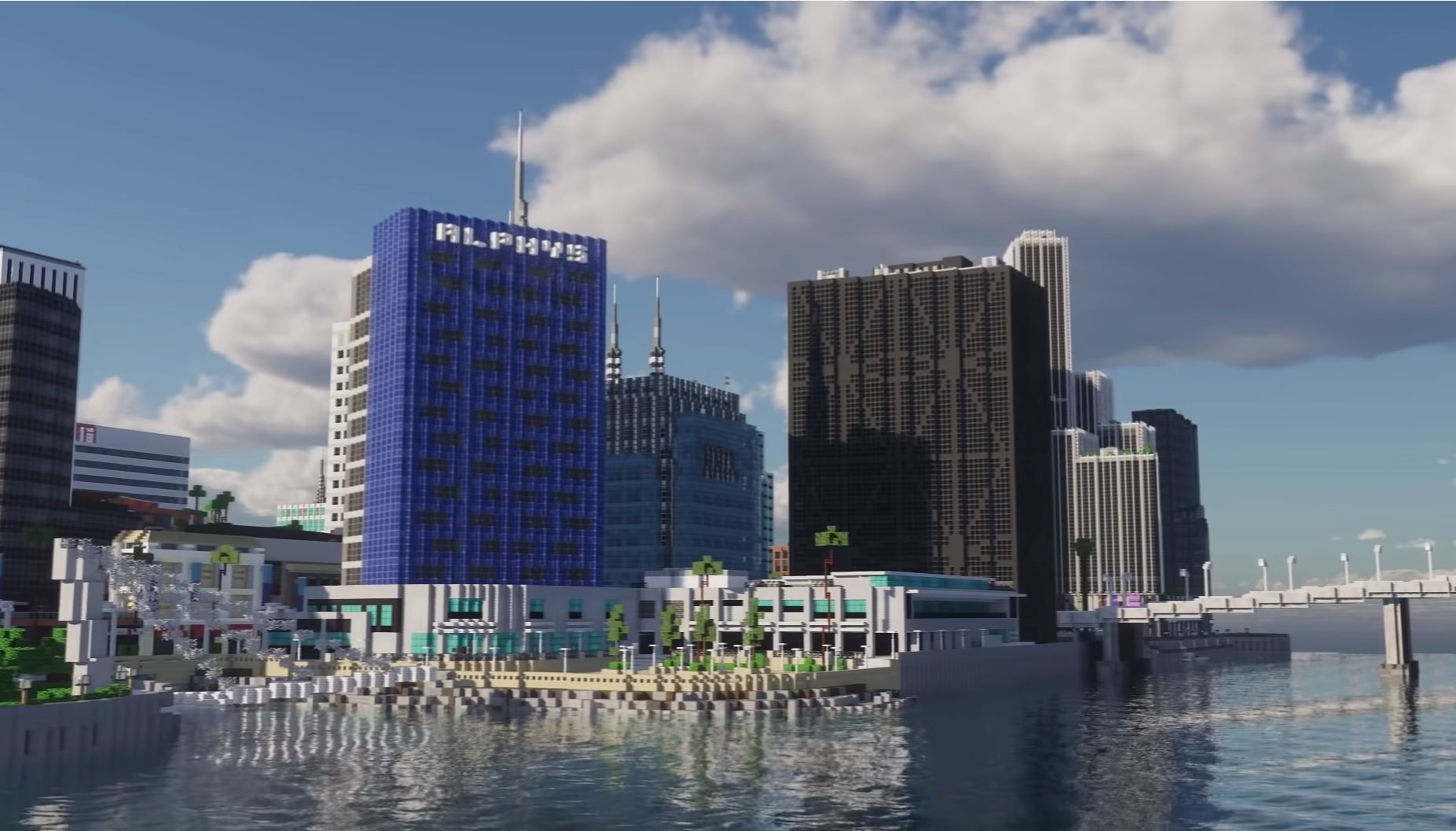 In the past decade or so (counting pre-release) I haven’t stopped playing Minecraft. Alongside of World of Warcraft it’s become one of those games I just wander into at pretty much any point in my life, and projects like Greenfield are the reason why.

Ever since Minecraft debuted, folks have taken it upon themselves to craft “big builds” with large amounts of participants. We have projects like Minecraft Middle-earth, and now, more folks are poised to take in the majesty of Greenfield.

I say “more folks,” because in some communities, players are very well aware that Greenfield exists. It’s become a high profile project, having been in development for nearly nine years (since August 2011) by over 400 people. Greenfield is a living and breathing 1:1 scale city with industrial, commercial and residential areas, as well as its own multi-faceted transportation system (subways, highways, railways).

To get an idea of how big of an undertaking this is, here is a timelapsed video (from Facebook) of a section of a subway station build. Amid all of the games that are being shut down way before a decade plus in operation, seeing a build like this (and being able to visit it!) is immensely satisfying.

If you’re curious, the team is opening up the city very soon for public tours. The next round will run on May 26 through May 30, with “opening/closing times posted soon.” You can also check out various iterations of Greenfield right here on the official landing page on Planet Minecraft, or get updates on their Facebook page if you’re interested.