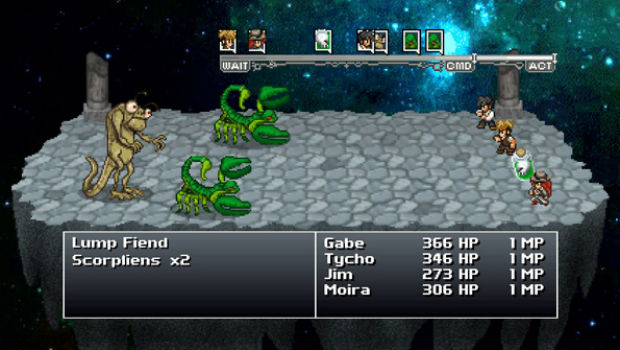 Penny Arcade sure has been in the spotlight lately. With their recent Kickstarter, their new game, and PAX Prime steadily approaching, don’t expect them to fade away anytime soon.

In terms of the video game realm, Tycho has shared some pretty good news for people who bought On The Rain-Slick Precipice of Darkness 3: there is a free DLC package on the way. Tycho didn’t post a hard release date, but he did not that it should come next month, sometime near the upcoming dates of “that big convention.”

Since he’s a self proclaimed “lore weirdo” who always had a plan in mind for the series, Tycho also promises that the next (and final) Rain-Slick 3 DLC will detail what happened to your character from the first two games. Well, after a few years of development hell, it looks like all the waiting paid off.

As an added bonus, he notes that work on Rain-Slick 4 has already begun this week.