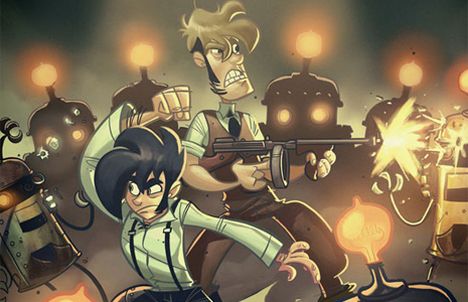 Despite extensive bitching all over the internet that the price of the first chapter of Penny Arcade’s new serial title, Penny Arcade Adventures, was too pricey for their pocketbooks, it seems most people got over their crabbiness long enough to download the title. The game made $330,000 in its first three days, beating out the previous record debut titleholder, Worms HD.

The positive response will likely lead to a brisk release of the second chapter, but this isn’t good news for the exploits of Gabe and Tycho alone. This also marks the success of bigger games becoming available through XBLA, as the title exceeded the 150 MB limit by 15 MB. It also marks a successful start for episodic content, which may lead to more companies following suit in the near future.

So for those of you who bought the title — did you love it enough to buy the next chapter when it is released? My answer is a resounding yes, but I’m a bit biased as the wit of PAA was right up my alley.

[Via VGChartz — Thanks, Justin]