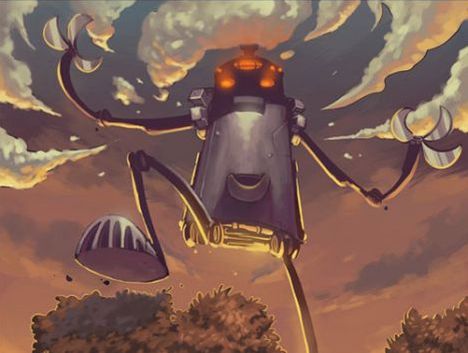 So, Penny Arcade Adventures? We liked it. Quite a bit, actually. However, the price and the game’s length (I finished in about 8 hours) were somewhat debated after people plunked down their hard-earned dollars for it. Luckily, that didn’t seem to stop further sales, and now Steam users can join in the fun too.

The game can be downloaded directly from the Steam website as of now and will set you back $19.99. However, it seems that new achievements have been added to this version, although the details of those achievements were not shared. If you haven’t purchased the game yet and you have a soft spot for the original comic, pinstriped pants and citrus rape, I highly recommend it.

Episode One Gets New PC Achievements

Bellevue, Wash. – June 11, 2008 – Valve, creators of best-selling game franchises (such as Half-Life® and Counter-Strike®) and leading technologies (such as Steam® and Source®), and independent developer and publisher Hothead Games today announced that the Windows® version of Penny Arcade Adventures: On the Rain-Slick Precipice of Darkness, Episode One is now available via Steam (www.steamgames.com). In addition to this first installment, Steam will also offer future episodes in the series as they are released by Hothead; in celebration, Episode One has been enhanced with achievements for Steam purchasers.

Penny Arcade Adventures: On the Rain-Slick Precipice of Darkness, Episode One is an RPG-Adventure game set in the comic-book-meets-pulp-horror

-meets-H.P. Lovecraft deranged 1920s universe of New Arcadia, delivered to gamers via accessible episodic releases. Players join Gabe and Tycho, the crime-solving team of the Startling Developments Detective Agency, to combat savage enemies and solve mysteries hidden deep in the sinister heart of New Arcadia. The game is the result of close collaboration between Hothead Games and Penny Arcade, featuring distinct artwork and characters designed exclusively by Mike “Gabe” Krahulik, story and dialogue by Jerry “Tycho” Holkins, and both brought to life by the Hothead team.

“Valve is a pioneer and a leader in digital content distribution, and we are thrilled to offer Steam fans our game series, On the Rain-Slick Precipice of Darkness,” said Vlad Ceraldi, president of Hothead Games. “Hothead believes in the gamers’ right to the platform of their choice to play our games and this launch is another example of that commitment.”

“Many at Valve are huge fans of Penny Arcade – the comics, the site and now the game,” said Jason Holtman, director of business development at Valve. “As such, we’re delighted Hothead Games chose to use the Steamworks system of achievements and create a special PC version of On the Rain-Slick Precipice of Darkness for the millions of gamers on Steam.”

About Steam:
Steam is a leading platform for the delivery and management of PC games and digital content. With over 15 million active accounts and more than 300 games, plus hundreds of movie files and game demos available, Steam has become a frequent destination for millions of gamers around the world.

About Hothead Games:
Hothead Games is an independent game developer and publisher based in Vancouver, Canada. The company is committed to creating top quality games for the experienced gamer. Hothead is best known for its upcoming RPG-adventure game series, On the Rain-Slick Precipice of Darkness, based on the widely popular Penny Arcade online comic strip. Hothead self-publishes its titles with a focus on offering accessible game play and episodic content through digital distribution. Visit www.hotheadgames.com for more information.