We put the PC port to the test

With all of the delays, all signs pointed to an issue with the PC version of Sonic & All-Stars Racing Transformed. To my surprise, this is pretty much a no-nonsense solid conversion with some slight upgrades along the way.

Provided you don’t have an affinity towards five-player local racing and exclusive GamePad-centric mini-games found on the Wii U, this is the definitive version of Sonic & All-Stars Racing Transformed. 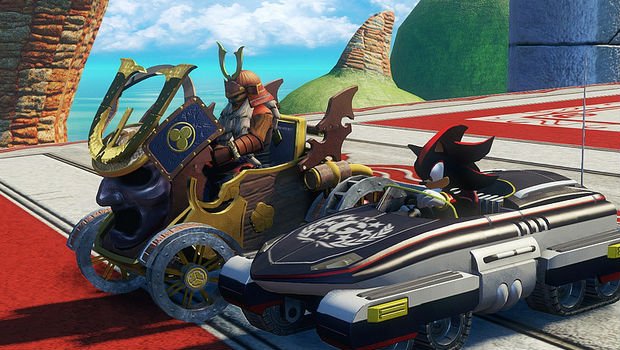 You’ll notice right off the bat that the PC port contends with the console version in terms of visual output, and often times, depending on your rig, it can exceed it. The gorgeous HD levels that were already great looking to begin with on consoles really pop, and even on the lowest settings possible, Sonic & All-Stars Racing Transformed still looks great.

Standard visual tweaks apply, such as the ability to toggle anti-aliasing, motion blur, v-sync, and tweak the texture quality of nearly every asset in the game. You don’t need an expensive PC to top out these visuals, as nearly anyone can run the fairly humble requirements. It also runs at a glorious 60fps, which is an upgrade over the console’s 30.

Online play works flawlessly — even better than my experience with the Xbox 360 and Wii U versions, in fact. All you have to do is choose your game type and bam, you’re in a lobby via Steamworks, with a sizable community. 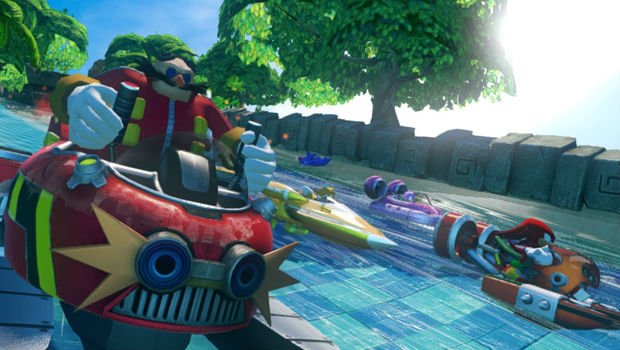 To my surprise, there’s full local couch co-op available for up to four players on the same screen, which is especially useful for people who have four controllers and a TV-out solution available.

Although the keyboard controls are fully customizable, you’ll want to use a controller for this one. Everything translates 1:1 with the console versions, and there’s even plug-and-play controller support so other players can jump right in.

The only hangup is that if you want to reconfigure your controls, you’ll have to do it out of the game in the separate configuration tool. Thankfully, although the menus have distinct console feel to them, you can navigate them with a mouse, keyboard, and gamepad.

In terms of new content, the only thing the PC port adds are three new characters, which, depending on your perspective, may not be enough to double-dip.

The Team Fortress 2 character additions are actually only one racer, which was really confusing at first. The TF2 kart is the Pyro on land, the Heavy in water, and the Spy in the sky. All three models fit the cartoony nature of the game so well, it’s almost like they were created in the Sega universe. It’s a really cool extra that adds a lot of character to the game, and should placate PC fans who aren’t the biggest Sonic or Sega fans. 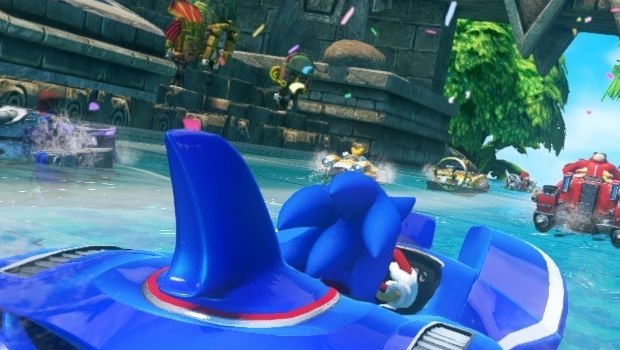 The Shogun from Shogun: Total War also has a ton of character, as his kart transforms into a fearsome flying dragon and a goofy-looking koi fish. Sadly, the Football Manager from, well, the Football Manager franchise, is a really lame addition that, like Danica Patrick, feels too realistic juxtaposed to the other cast members. Still, it’s nice to have more characters in the mix in general to keep the cycle of fresh faces going race by race.

While the extra characters are nice, and rooted within the PC realm of Sega’s universe, it would have been nice if there was at least one Valve or PC-inspired track. As a fan of the original, I know this would have easily put me over the edge, and other Valve fans would have sprung at the opportunity to ride through some classic, cartoony Team Fortress 2 maps. Oh well.

After extensive testing of both the Wii U and PC versions in tandem, I can’t find anything wrong with this version. If you already have the game, a few extra characters, Steamworks support, and slightly enhanced visuals may not be enough to sway you (especially since it doesn’t include the Wii U’s extra features).

But if you haven’t picked up the game yet and PC is your only option, you can’t go wrong for the price — it’s one of the best kart racer games I’ve ever played, on any platform.