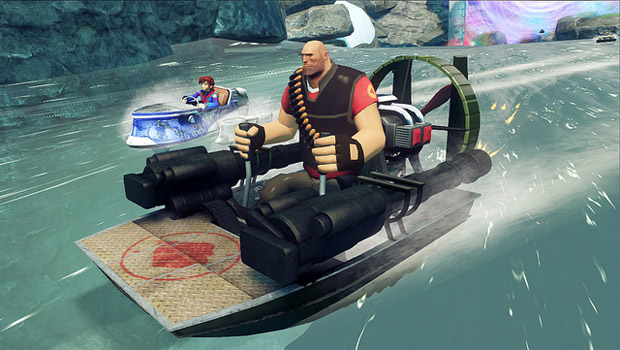 Team Fortress 2 and more in Transformed

While word had already gotten out long ago, Sega was able to confirm today that the PC version of Sonic & All-Stars Racing Transformed will contain a few familiar faces not playable on other platforms. From Team Fortress 2, we’re getting the Pyro, Spy, and Heavy; from Football Manager, “Manager Man”; and from Total War: Shogun 2, the Shogun.

I don’t know how this was all able to get greenlit, but boy am I glad it was. All-Stars Racing Transformed will be hitting digital distribution channels on January 31, 2013 for $29.99.

This is one of those sequels that I ignored prior to release, foolishly unaware that beyond being a solid game in its own right, the cast of featured characters was wonderfully unexpected. Resistance is futile now; there’s no way I’ll be able to avoid grabbing the upcoming PC release.