Of course, Microsoft needs to be more like Steam

With the recent lack of clarification of the used game market for the new Xbox One, some gamers are complaining about the possible death of physical used games, and the need to tie all of our games to an account. Microsoft will have some type of system to allow games to be traded in digitally, but we don’t really know enough about the implementation to get excited over it.

On the one hand, I can understand this frustration. Console users usually depend on buying games secondhand to save money, and they often trade in games they no longer want. It’s been working out well for consumers, and change is never welcome.

It’s not the end of the world, though. I remember a day when I could buy cheap, old PC titles at EB Games, but eventually the retailer stopped. For the past 10 years I have been buying games new, mostly on Steam, and I get and play a lot of video games. This transferal to games being tied to one account might seem jarring at first, but eventually I think console gamers will get used to it, and if Microsoft handles it right, the industry could be better off. 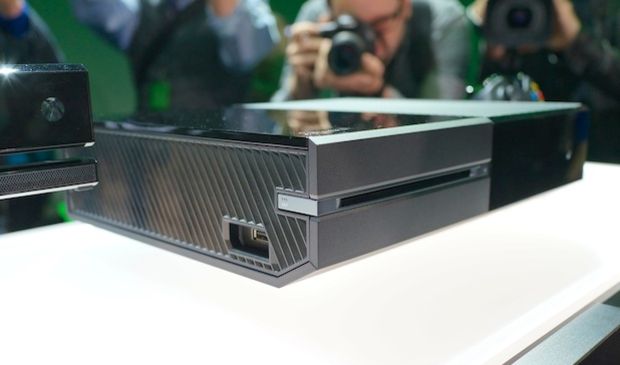 GameStop as we know it will essentially cease to exist if this becomes a reality. Which is really sad for everyone working there, but that’s how things go as technology and industries grow and change. I just wanted to get that out of the way before I dive too much into the future of used game sales.

On PC, we have wonderful platforms for digital distribution such as Steam and GOG.com. They offer new games at regular prices, and over time games rapidly become more affordable. Steam is known for its crazy sales, and game publishers, including Valve, have stated that they make a lot of money when they sell games for cheap. Selling a lot of units for less money is better than selling some units for more money. Math.

Everyone loves cheap games, and right now buying stuff used is the way to do it. Seeing used games go away seems devastating to anyone on a budget, but if Microsoft handles things well everything should be just fine. Gamers might wait until the price of boxed games drops before buying something, but that means that when they save money the publisher and developer will still get a cut, which is a good thing. Eventually, if publishers are smart, they will launch software for cheaper, say $40, to get more early sales on something that might be “AAA quality.” It happens on PC quite a bit for larger indie games and mid-range titles.

One of the biggest foreseeable problems is Microsoft not allowing publishers to sell things for less and trying to maintain that sixty-dollar price tag for every new title. Not every game is worth that much money, and smart consumers will wait until the price goes down, especially if they know that they can’t trade it in for a store credit later. Selling new games at a lower price makes sense, especially for titles that are less popular. Forcing everything to be one price is a terrible idea.

On the digital side, there is a glimmer of hope that Microsoft will handle things correctly and offer games for a lower price and allow products to regularly go on sale. The big problem is that since developers can’t self-publish, Microsoft has complete control over everything here. One thing that gives me hope is that it’s been lowering the prices of new games on the Xbox Marketplace. You can pick up Assassin’s Creed III right now for $39.99, which is the same price as Steam. Microsoft has the option to offer games at a reasonable price, and it has increasingly done so. The question is, will the company keep doing this in the future?

The impact to consumers and gamers is that people will have to wait a bit to buy titles sometimes if they want to really save some money, but if you’re the savings-savvy person buying used games you are more than likely doing this now. If Microsoft plays its cards right, you’ll be buying things directly from it instead of buying used games from, say, GameStop. Microsoft wins because it gets more of your money, and you’ll still have access to cheaper games. It can work. It works on PC and for Steam, and hopefully you guys with the Xbox One will get to enjoy something similar.

And the industry will benefit from more people buying new games from stores and the Xbox Marketplace. Developers and publishers don’t get anything from used games sales currently, and that’s partially why we get silly things like annual passes and day-one DLC. I think we can all agree that we don’t want that kind of garbage.

It’s a big transition, but it could work. Microsoft just needs to take a look at existing platforms like Steam that tie all of your games to an account and copy the things that make this approach work. If it tires to lock down games to your account and kill used games without offering a cheaper alternative, then it’ll be making a terrible mistake. It’s all up to Microsoft on what it chooses to do.