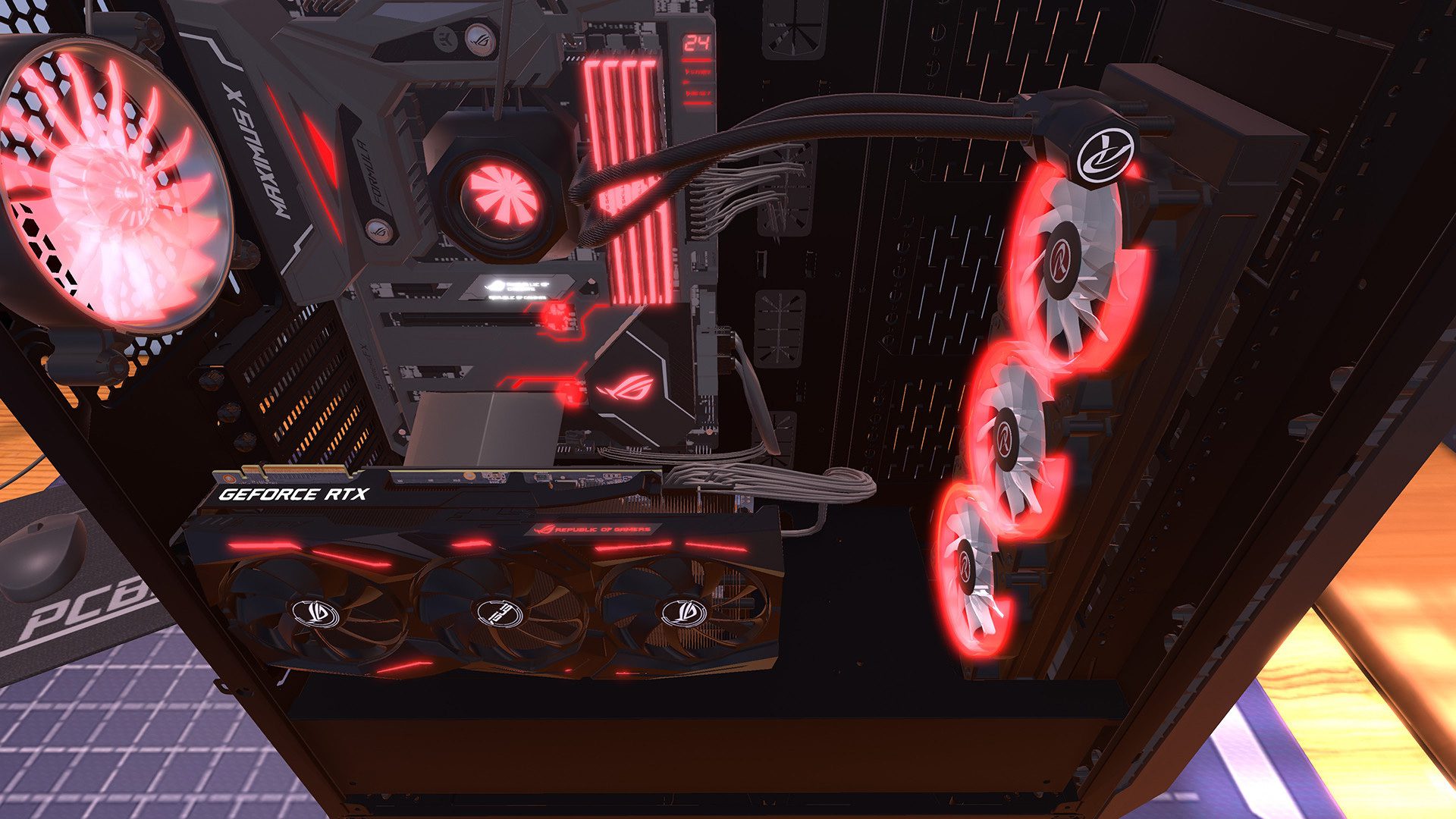 “Are you too good for your home?”

This week’s free PC game on the Epic Games Store, PC Building Simulator, is bound to be strangely enthralling. I haven’t played it yet, but capturing the essence of assembling a gaming PC without financial stress sounds pleasant. It’s claimable until October 14.

[Update: Epic Games announced that PC Building Simulator has been claimed by four million people. It’s interesting to hear these figures whenever we can get them.]

In the wacky world of simulation games, this is a pretty straightforward experience compared to, say, something like Gas Station Simulator — or Trans-Siberian Railway Simulator, a game in which you can fend off a pack of wolves with a chainsaw.

Checking and rechecking your PC component list, crossing your fingers that everything shows up on time and in working order, unboxing and organizing so you’re mentally prepped, setting aside enough time to start and finish the build in one go, worrying that you applied too much force even though you know how this is supposed to feel and you haven’t botched it before — ah, the highs and lows of building a gaming PC.

The assembly process can be stressful and enjoyable all at once, to the point where I get why PC Building Simulator 1) exists and 2) has done really well for itself. It has 30,000 “Very Positive” ratings on Steam, which illustrates how huge these “random” sims can get.

More than just slotting in a bunch of real-world parts and calling it a day, you’ve got a business to run. “Customers will provide you with a range of jobs from simple upgrades and repairs to full system builds which you must complete while balancing your books to ensure you are still making a profit,” reads the summary. “Once your rig is ready to go, turn it on and see how it benchmarks. Not happy with the results? Jump into the bios and try your hand at overclocking to see if you can get better results without breaking anything.”

Buying your ideal PC parts without worrying about bots scooping them up before you even stood a chance — what a nice thought. I’m dreading my next begrudging upgrade.

Next week, the Epic Store will give out Stubbs the Zombie in Rebel Without a Pulse (an enhanced re-release) and the Paladins Epic Pack (with Androxus, Raum, Tyra, and Ying).