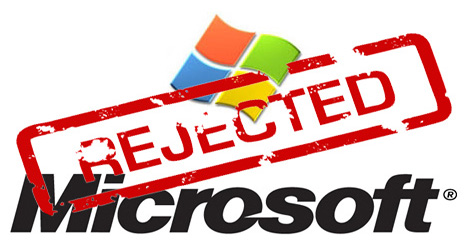 Remember that pay-per-use computing patent we talked about a couple days ago? There was a fair amount of discussion in the comments over what exactly the tech was going to be used for and who the main audience was intended to be, as the patent itself was extremely vague and kind of all over the place.

That vagueness has cost Microsoft, as the patent has been officially rejected for “fuzzy terminology”, and for trying to patent systems that have already been patented. Tough luck Microsoft! Whether they appeal or not remains to be seen, but if they reapply they’ll have some pretty major rewriting to do.

If Microsoft redesigns the patent to specifically target corporate and institutional use, then I don’t really have an issue with it. The way the patent was previously written though made it seem like they were just aiming to gouge the average consumer; if that’s still what they want to do, then I hope this patent stays dead.