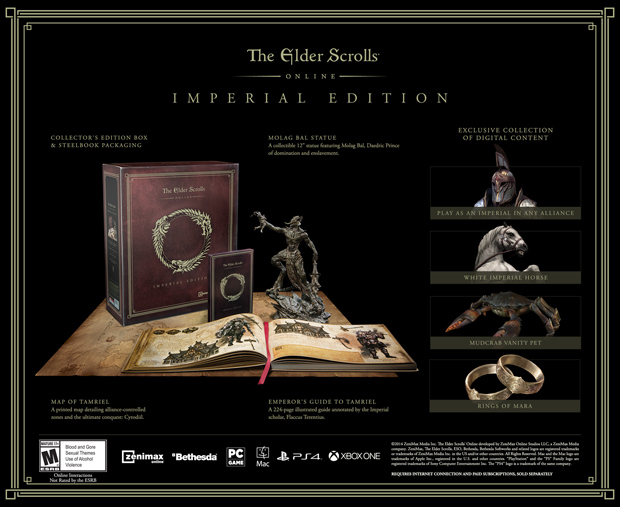 They aren’t calling this the Imperial Edition for nothing

Bethesda has announced The Elder Scrolls Online Imperial Edition, available in a physical form ($99.99) or digitally ($79.99). It contains the typical bonuses one would expect of an Elder Scrolls collector’s edition, but then you get to the line about its “exclusive collection of digital content,” which so happens to include the Imperial race. That’s disappointing.

The other digital bonuses are a white Imperial horse, a Mudcrab vanity pet (obviously the other big draw here), and the experience-boosting Rings of Mara. The physical edition is more expensive because it comes with a 12″ Molag Bal statue, a 224-page illustrated guide to Tamriel, a map, and that Steelbook packaging videogames seem to adore.

Don’t tell Hamza, but I didn’t even watch that cinematic.