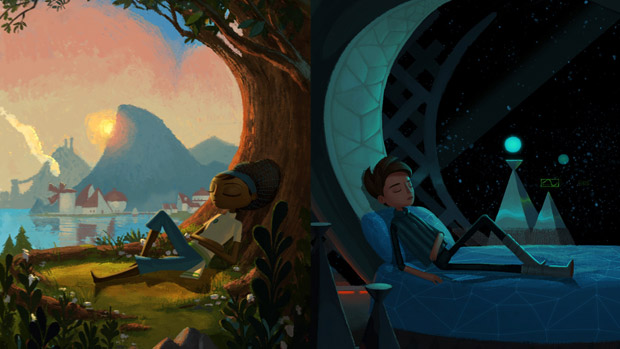 It finally got an official name

From now on, Double Fine Adventure will be known as Broken Age. At PAX East, the new title for Double Fine’s massively successful Kickstarter project was announced.

The point-and-click adventure game revolves around a spaceship-bound boy and a girl who is to be sacrificed to a monster, and is available for pre-order on Windows, Mac, and Linux. $15 gets you the game and beta access, while $30 comes with the game and backer access, including the 2 Player Productions’ documentary series following development of Broken Age.