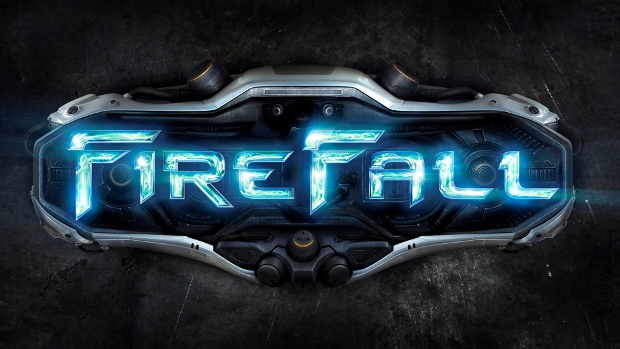 I played Firefall last year at PAX and even then it was a very impressive shooter. The mechanics were awesome, the art style looks great, and all of the different classes were fun to play. That alone should be enough to make a good free-to-play shooter, but Firefall wants to be more than that. There is a whole open world with crafting, missions, and player interactions. 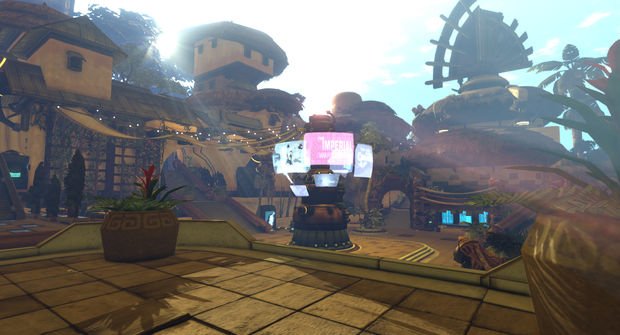 Daniel already gave us his impressions on Firefall, but in case you have never heard of it, it’s a hybrid of Borderlands, Tribes, and Team Fortress 2 with a layer of MMO tossed into the mix. It’s class based, fast paced, and has a gorgeous art style with cel-shaded graphics. I got a chance to see more of the customization options, of which there are certainly a lot; this broad range means customizing is accessible to different play styles. The maps have a good deal of verticality to them and huge open areas. Thankfully, these large maps are easy to get around since you have a jetpack.

Players will start off their adventure in an open area where you can customize your character, interact with other players, run missions, or jump into a queue for an online match. This open area will be small at first, but players will be able to expand it by fighting back the Melding, the all-surrounding force of evil that threatens mankind. As players gain control over more ground, they will have access to further resources like Crystite, which can be used to create and upgrade your Battleframe. This growing gameplay area will allow the devs to easily add new content as the game expands. The area controlled by the Melding will spawn incursions, which are roaming hordes of enemies that want to eat your face. The farther away you get from the central safe zone, the more likely you are to encounter a player vs. player zone. These areas will be similar to nullsec in EVE Online. 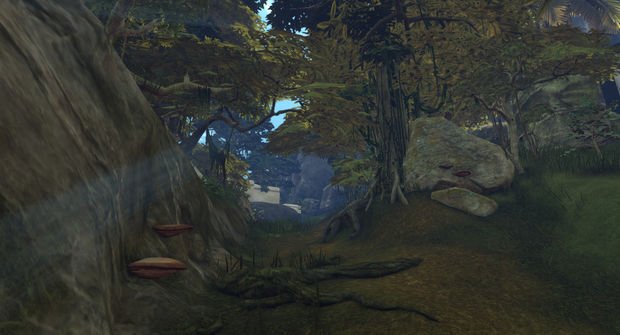 The Battleframes are Firefall‘s class system. You can choose to equip Medic, Assault, Dreadnaught (defensive assault), Recon, or Engineer. Your character can equip any Battleframe they choose to at any time — you can even change during a match. Each Battleframe can be leveled up, enhanced, and upgraded on its own. You can play as a Recon and get some cool stuff, but if you get bored, you can quickly switch over to being a Medic without having to create a separate character. This makes it insanely easy to experiment with different play styles.

Speaking of Medics, they’re similar to medics in Team Fortress 2. They run around with a healing ray that restores life to players and they can even give others bonus health points. They can use a defibrillator to revive fallen comrades or to attack enemies, and they can also inject themselves with adrenaline which allows them to run faster for a while. Recon has a sniper rifle and proximity mines, and Engineers can deploy weapons onto the battlefield. 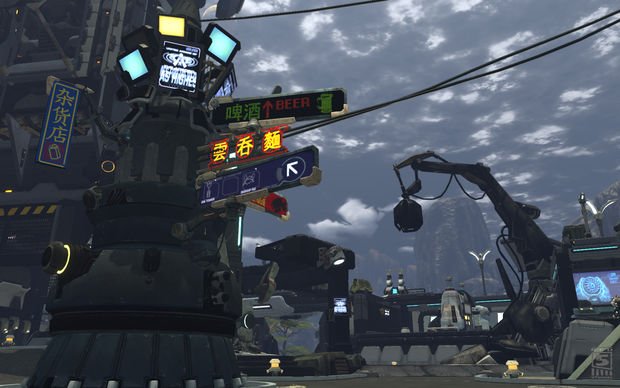 The Assault class is a heavy damage dealer that can smash down from the sky to stomp enemies. It can be incredibly fun and satisfying to fly up behind someone and then crash down on top of them. This also adds to Firefall‘s sense of height. There are things going on above you, so you need to watch out. The Dreadnaught is very similar to Assault, but geared more towards defense; its additional armor comes at the cost of movement speed.

Firefall is a very competent shooter, and with the addition of co-op and player vs. environment content, it has a wider appeal than a purely player vs. player multiplayer shooter. It’s entirely possible to play the game and level up while just doing PvE content, and you don’t have to fight against other players any more than you want to.