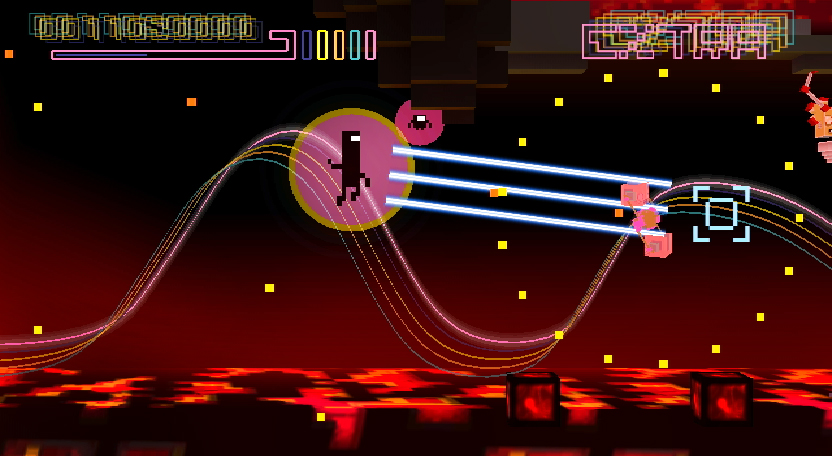 Did you come to Dtoid LIVE at PAX 2010? It was a roaring success. Pants came off, sandwiches are made, and a dog dressed like Lady Gaga. It was pretty tight. This was also the first time that Commander Video met Jim Sterling. We’ll show that to you as soon as possible. On top of that, we’ve got an exclusive look at Bit.Trip FATE as played by Destructoid editors past and present, including Aaron Linde, Papa Burch, Chad Concelmo, Anthony Burch, Ashley Davis, and yours truly.

In the meantime, chew on these screens of Bit.Trip FATE. It’s the fifth game in the Bit.Trip series, and it’s by far the most visually stunning, emotionally evocative, and action-packed game in the series. We couldn’t put it down last night. I can’t wait for you guys to play it. The video is uploading as we speak. I’ll get that to you ASAP.

Stay tuned for more Bit.Trip exclusives throughout the weekend.