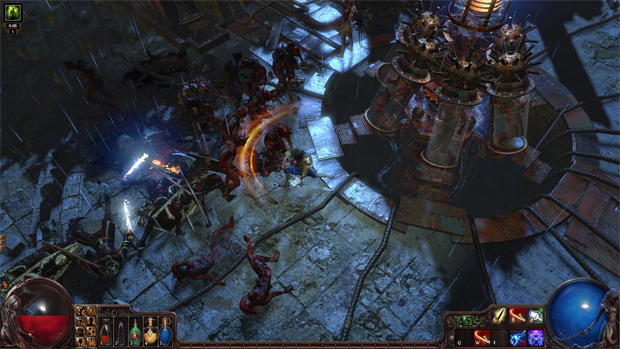 The free-to-play ARPG on most people’s favorite service!

Path of Exile, the extremely well-crafted Diablo-like ARPG is finally officially released! It’s a weird transition for a free-to-play game to go from “open beta” to “released,” but it happens all the time. Now that it’s “released,” it can also be played through Steam! The first time you try to log in through Steam, it will ask you to link your existing account if you’ve played in the beta.

Path of Exile is clearly influenced by Diablo II, but does enough unique (and wonderful) things to separate it from being too Diablo II. It feels familiar, yet fresh, and that’s what I love about it. And don’t let the fact that it’s free scare you away, either. Grinding Gear Games has created the most unintrusive free-to-play game outside of Valve’s own offerings. It really is an entire game for free.