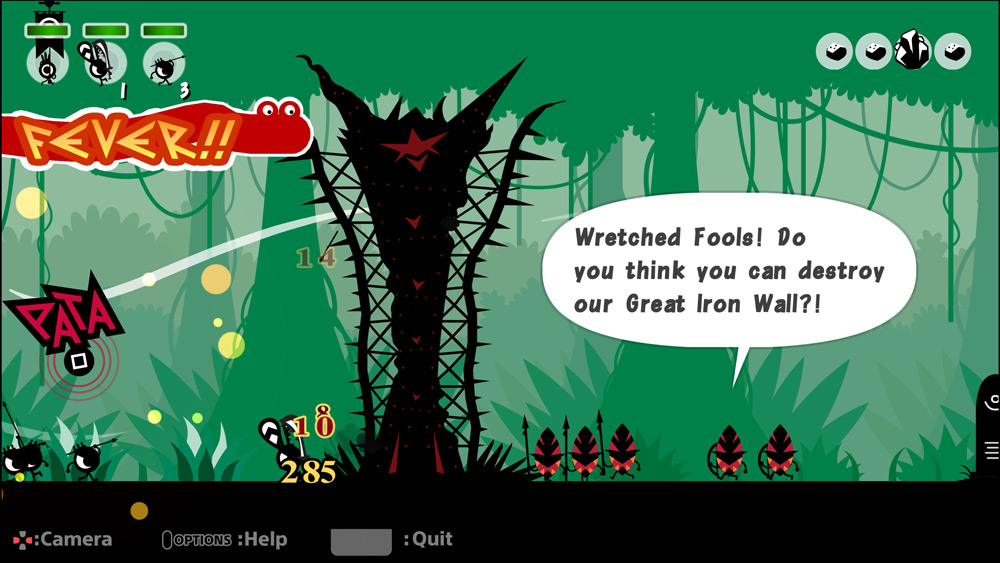 Feel the rhythm next year

During the opening ceremony of the PlayStation Experience Friday night, there was a lot said about Sony’s position in the marketplace right now. The PS4 is doing wonderfully, its VR headset is probably the best selling VR machine on the market, and fans are flocking to play remakes and remasters of their favorite games on the system. With its massive install base, the PS4 is in a great position to revive franchises we haven’t seen in a while. It’s doing it with MediEvil, LocoRoco, Crash Bandicoot, and Patapon.

The original Patapon found its way to the PlayStation 4 earlier this summer. Next year, Patapon 2 will be making its way there as well. It’s been a hot minute since the game released on the PSP, but when it arrives in 2018 it will bring with it a new 4K presentation on the PS4 Pro.