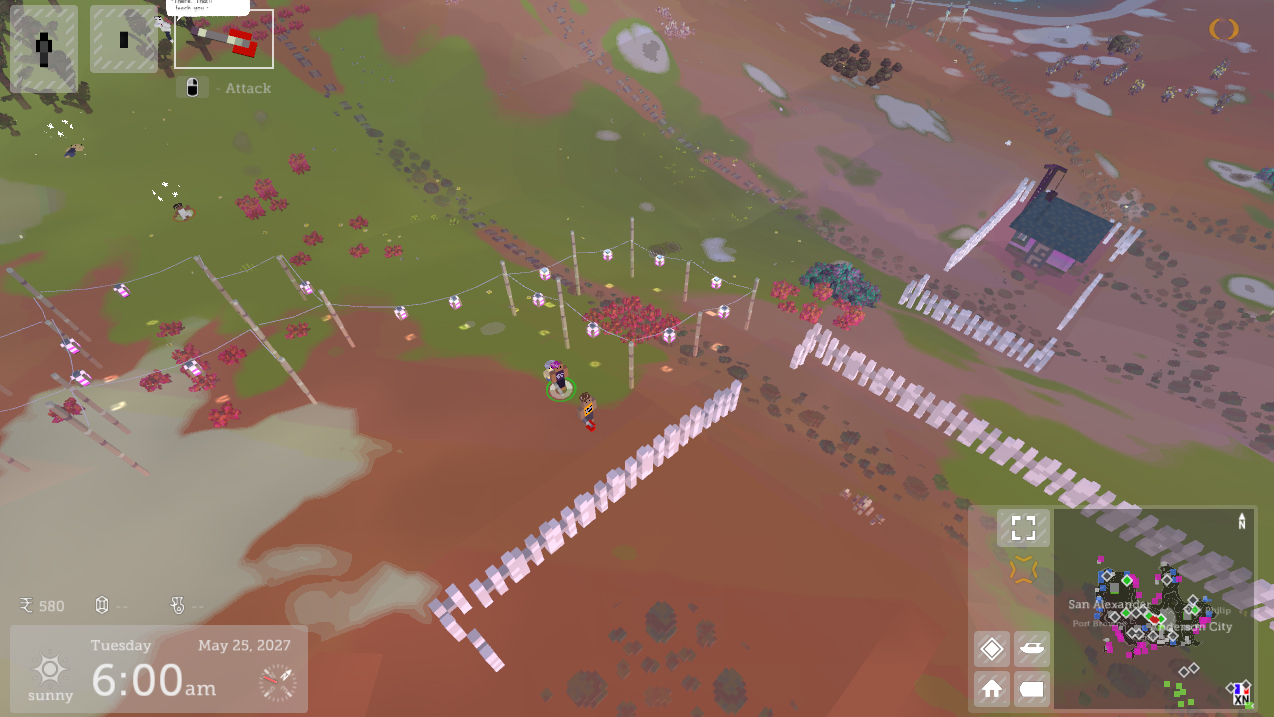 Because it’s set during a revolution!

Kitty Lambda, the developer behind The Real Texas and Paradise Perfect Boat Rescue has just announced his next game: Paradise Never. Taking place on an island colony of France during the Revolution of 2027 (complete timeline here), Paradise Never looks to bring a unique combination of gameplay elements into the mix.

There’s a three-day cycle like in Majora’s Mask, but each time the world resets, the layout is different. However, everything stored on the player’s phone will stay. NPCs and object interaction will play a large part, as will combat. Don’t get too carried away though, since killing too many people will force the timeloop to restart.

The Real Texas is a game I think about pretty much every week. It left a huge impression on me since it’s easily one of the smartest game I’ve ever played. With so many mechanics I already adore, Paradise Never might take that title for itself! Calvin French, the developer, will be at PAX East, so expect some more news this weekend!