And maybe on every system?

I know what you may be thinking: “But digital foundry did a video showing how great Paladins ran!” You know what? You’re right! They did their expert analysis and mentioned that it runs at a steady 60 frames per second in both docked and undocked modes, with variable resolution to compensate. Yet while the game runs great, everything around it does not.

After playing and enjoying Overwatch for two years now, making the switch to Paladins, especially on the Switch, was rather jarring. Everything about it screams “budget Overwatch.” Is that a slight? Yes. Does it make the game especially awful? …Sort of? 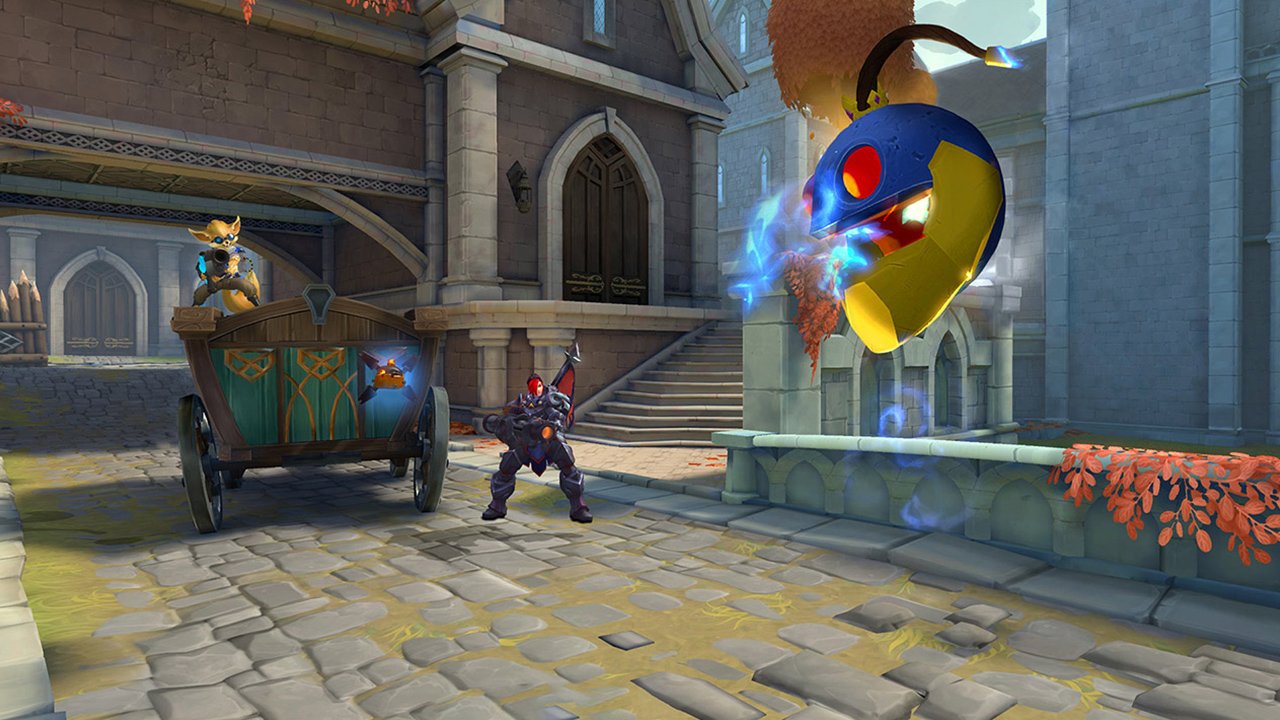 First thing I need to mention: I cannot comment on the grind to unlock new Champions, as the only way to play it on the Switch at this point in time is to own the Founder’s Pack, which unlocks everything. I hear tell that the grind isn’t great, but considering the rather low cost of the Founder’s Pack, I’d consider the free version a demo and if you like it, buy it! I’ve always loved Founder’s Packs and their ilk on principle: buy this thing for a reasonable price, and everything non-cosmetic is yours. There is not, however, a way to migrate or link your account. This isn’t an issue for me, but for those who have invested time (and money!) into the game on PC, this is a kick in the pants.

After playing a good amount of time of Paladins while undocked, I can say with great confidence that the Switch’s Joy-Con are not super great for first-person shooters. Now, if Paladins did the Right Thing and included gyro aiming controls, I don’t think this would be a talking point. As soon as I found out there was no semblance of gyro controls, I knew this would feel miserable to play. There are lots of sensitivity and auto-aim options to tweak to make it feel better, but I can’t shake the thought of what could have been. The Pro Controller fared better, but I still found myself tilting the controller at times to make adjustments.

The first thing I noticed about the Paladins Switch port was just how awful everything not related to the gameplay was. There is no tutorial and an absolute ton of systems to just…figure out, I guess. “Okay, so characters have abilities and ultimates, makes sense. Oh, and I get a specialization, but only one is unlocked to start. Probably unlock more with time. Oh wait, there are cards too? What the hell do these do? Oh my god, items to buy? Why did I unlock a mount? How do I use the mount? WHAT IS HAPPENING?!” 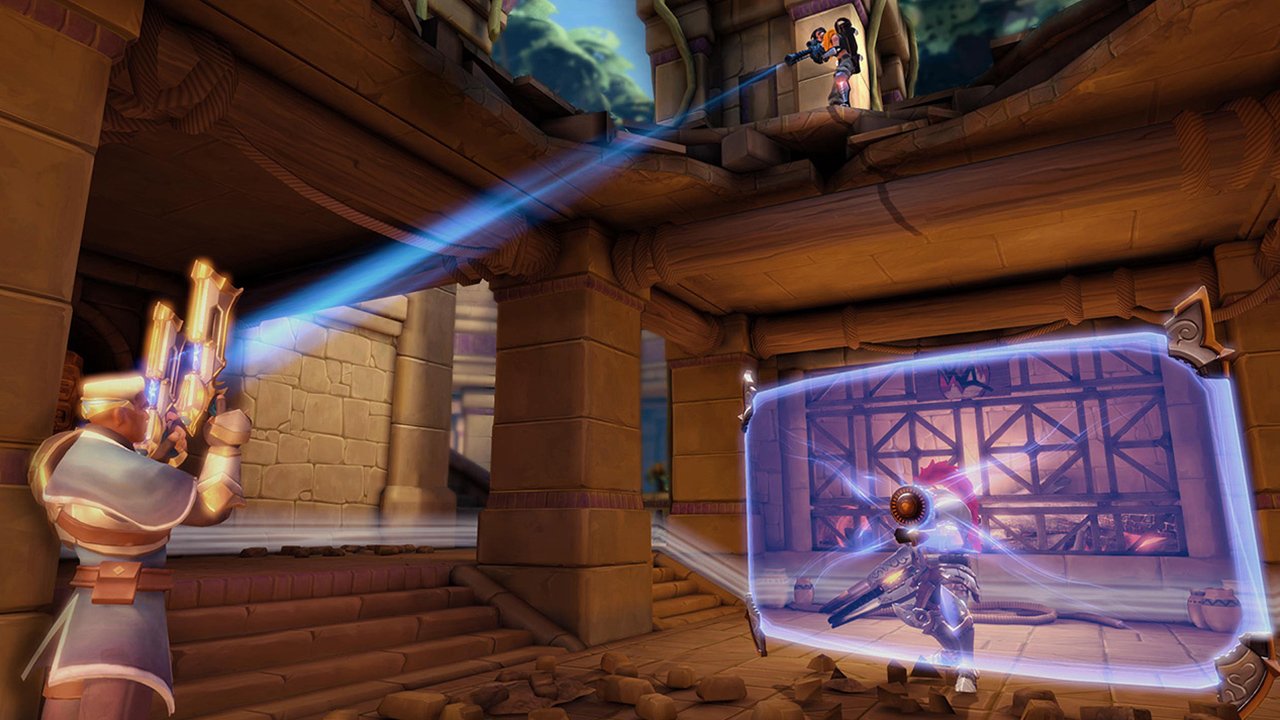 Holy shit this is the most Overwatch screenshot ever.

It’s as if Hi-Rez was picking game systems out of a hat, but forgot to stop at a certain point. You know how that one FPS/MOBA/RTS game that you like has that unique system in it? Paladins has it too, probably. On top of that, the menu has locked up on me many times, and the load times border on unbearable. Why does it take a minute to load the post-match stats screen? How is that a thing? Ugh, I’m frustrating just typing about it!

The game itself feels like it’s not quite done. Like it needs more time in the oven. Like I’m peeking behind the curtains before the big reveal. Again, as digitalfoundry pointed out, the game runs at a steady 60 frames per second, docked or undocked, and that is cool and impressive. But then the cadence of the pre-match ten-second countdown isn’t steady (four…threetwo…one). And the announcer says “Prepare for battle” after saying the battle has begun. And the game will kick everyone out if one person does not choose a character (what?!). Oh, and the “play of the game” system really feels unfinished. The game ends, there’s a soulless shot of the character who had the best play, and then an instant cut to the play itself, often with blaring sound effects to juxtapose the awkward silence that preceded it.

Look, Paladins is okay. A solid 5/10 genre-chaser that’s not in the safest development hands. It’s a hero shooter that goes out of its way to check off as many boxes as possible, resulting in an over-complicated and yet somehow measly experience. Nothing has any weight to it, and most characters blend together with each other or the characters they are aping from other hero shooters. I had to check Steam, because I would have bet money that this was still an Early Access title. But, at some point, it will be free-to-play on the Switch, and that’s something I suppose.