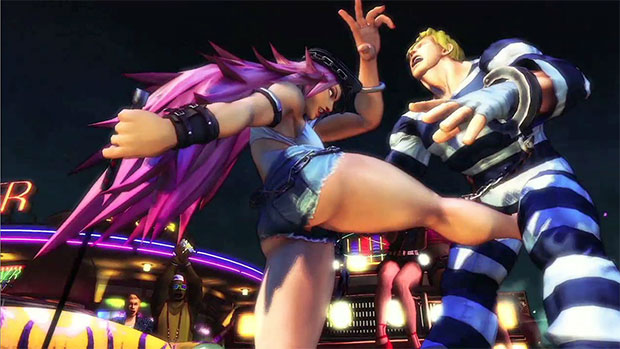 [A review from staff for indie game Lisa is strangely absent but wizardofradical has a great piece about how subversive it is with its morally bankrupt choices. Do or do not, either way you’re screwed. Want to see your own stuff on the front page? Try starting a blog! -Striderhoang]

Thoughts on Lisa, an indie game by Dingaling Productions, taken from my personal blog, Wizard of Radical. If you have feedback or thoughts, don’t hesitate to share them with me.

Be wary of spoilers if you haven’t finished Lisa.

The first hour of Lisa introduces players to a world of misery, perversion and pain. The player’s first moments in the game serve as a rather hostile introduction to a disturbing world. Players follow Brad, Lisa‘s main character, through his early life and see the abusive state of his home, witness the rapid decline of society following an apocalyptic event, watch Brad’s struggle with addiction, see him find an abandoned child (who might just be the last remaining female in the world), and watch as the girl, named Buddy by Brad, is kidnapped and taken away.

Throughout these moments, the player isn’t given much control. The game’s introductory scenes are reserved more for observation and storytelling than they are for actual player intervention. You guide Brad through the environments and are taught the basics of combat, but it isn’t until Brad sets out to search for Buddy that the player really takes full control of the game.

Shortly after ceding control to the player, Lisa uses the concepts of pain and perversion to redefine the notion of choice in videogames. In the desolate world of Lisa, there is no right or wrong; there is only harm.

The first example of Lisa‘s subversive choices comes minutes after beginning the search for Buddy. Brad and Terry Hintz (a tutorial-spewing party member), are knocked unconscious by a passing truck. Brad awakes first and as the screen fades in from blackness, players witness Brad and the still unconscious Terry surrounded by thugs. Their leader approaches, stating, “Time is a great teacher. Sadly, it kills all of its pupils,” before addressing Brad by saying, “Howdy, motherfucker.” 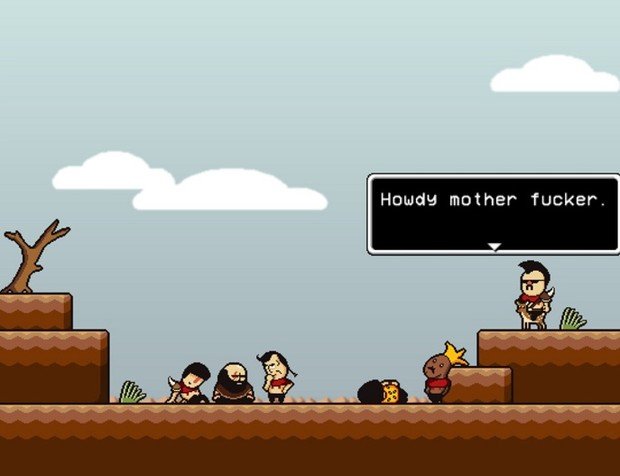 Wounded and unable to escape, the gang leader presents Brad with a choice. He can surrender all of his items and dirty magazines (Lisa‘s currency) or let the gang take Terry. Up until this point, players have been given a generous selection of healing items and mags, while Terry has been largely useless. The contrast between the immediate usefulness of your accumulated items and the dead weight of Terry is notable. Lisa effectively makes sacrificing your only other party member seem like a smart idea only minutes into the game.

Not only are the actual choices available to Brad notable, they are also unavoidable. Lisa, throughout its numerous and pivotal decision-making moments, never gives the player an out. With Brad as their avatar, the player must constantly pick and choose between morally bankrupt ideas. The idea of there being no right choice is a recurring theme throughout Lisa. Something that sets it apart from contemporary games, where choices often boil down to a good, bad, or neutral option.

In terms of pacing, Lisa uses its difficult choices to bookend the game’s chapters. Spread across three areas, Lisa tasks players with increasingly tough choices before allowing them into a new area. These choices blend moments of pain and anguish with generally dark humor. The transition to Lisa‘s second area provides one of the most compelling arguments for the impact of pain as a method of forcing the player’s hand.

Caught off guard, Brad and his party members (of which there are over 30) are forced into playing Russian roulette before passing into the next area. During this segment, the player must manually select party members to place a revolver to their head. Brad cannot be chosen as he must serve as the arbiter of his party’s potential death sentence. One pull of the trigger can spell death for any party member. This moment stands out even more when considering the scene as a whole. As Brad subjects his party members to the game of Russian roulette, a bloodthirsty crowd looks on. Society in Lisa seems destined to fade into nothingness. With such a bleak prospect, the men of the world have become deranged, seeking out perversion and violence as a new form of entertainment.

The pairing of choice, pain, and perversion highlights many other moments in Lisa. The men of the wasteland seek out Buddy rabidly, for reasons that are obvious. Buddy, being the last known female in the world, is of the utmost importance to whoever can claim her. The threat of abuse that hangs in the air throughout Lisa serves as a strong motivator for Brad to find her. He has been abused and despised by his own father, living a childhood of pain. Brad’s old friend, Sticky, refers to Brad and himself as “Poor…beaten, fucked-up kids,” adding a sense of redemption to Brad’s actions. 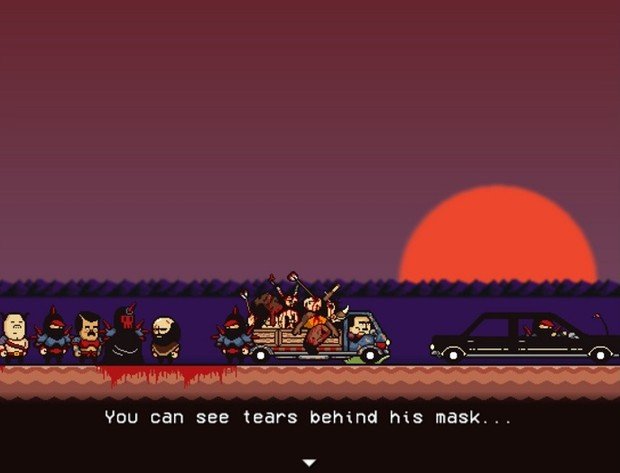 Never is the concept of painful choices highlighted better than the signature sacrificial moments of Lisa. A handful of times during the game, Brad must make the ultimate choice between handicapping himself or serving one of his compatriots up on a silver platter. These key decisions come at tense moments in the game, when Buddy may be only feet away from Brad, and are representative of the most difficult choices in gaming.

Brad, and the player by extension, are tasked with having one (or ultimately both) of their arms severed in exchange for the safety of party members (or Buddy). These moments are tense. Sacrificing a limb means a considerable decrease in Brad’s combat skills, which can make the dangerous journey through Lisa seem insurmountable and condemning a party member to death means the removal of potential helpful party members, all while rendering Brad a bad man. There is no simple way to address these choices in Lisa. Players, like Brad and the other characters in the game, must learn to deal with the pain associated by selecting either option. Once selected, there is no going back. Death is irreversible and limbs will never grow back.

The most painful choice in the game comes near its end. Brad has made difficult decisions. He has brutalized those he once loved and condemned men to horrible deaths, all in the sake of saving his surrogate daughter. When he finally makes it back to her, he finds her amidst his perceived enemies. The bandit Buzzo, who has been the ringleader and executioner of most of the game’s previous choices, offers Brad a proposition. He can either offer up his arm or Buzzo’s men will cut off Buddy’s nipples. This moment, better than any other, carries the most emotional weight with the player and showcases the perversion and pollution of Lisa‘s world. 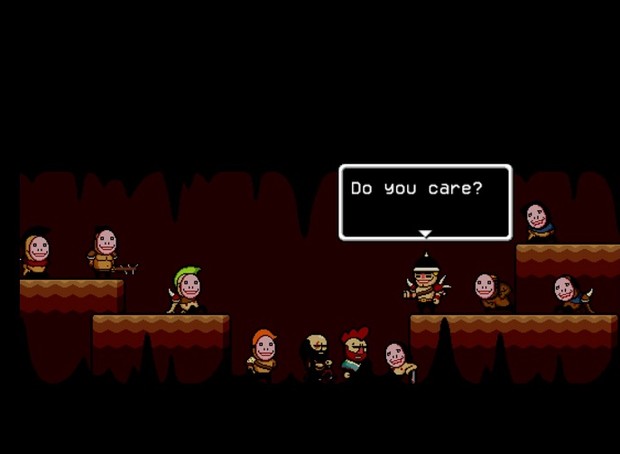 Virtually every man that Brad has encountered on this journey has expressed some desire to find Buddy, be it for nefarious reasons or not. Faced with potentially saving her, Brad must choose whether he will offer up a piece of himself for her safety or have Buddy mutilated. The choice within the context of video game logic may seem clear, but Lisa presents a compelling argument for examining the situation from every angle. Brad, as a self-imposed father figure to Buddy, has tasked himself with caring for her. By removing one of his limbs (which may be his last remaining arm depending on previous choices), Brad will have essentially rendered himself useless as a guardian. The harm that Buzzo will inflict upon Buddy is gruesome and unacceptable, but may be the only real way that Brad can ensure he can still protect her from a world that wishes to constantly abuse her.

Balancing these two horrific outcomes is one of Lisa’s greatest strengths. By and large, it would be easy to present players with black and white choices and give in to the RPG cliché of good and evil. Lisa, however, uses its world and ugly society to show that people’s guttural desire for pain and willingness to pervert their humanity leads to a world where there truly is no right or wrong.