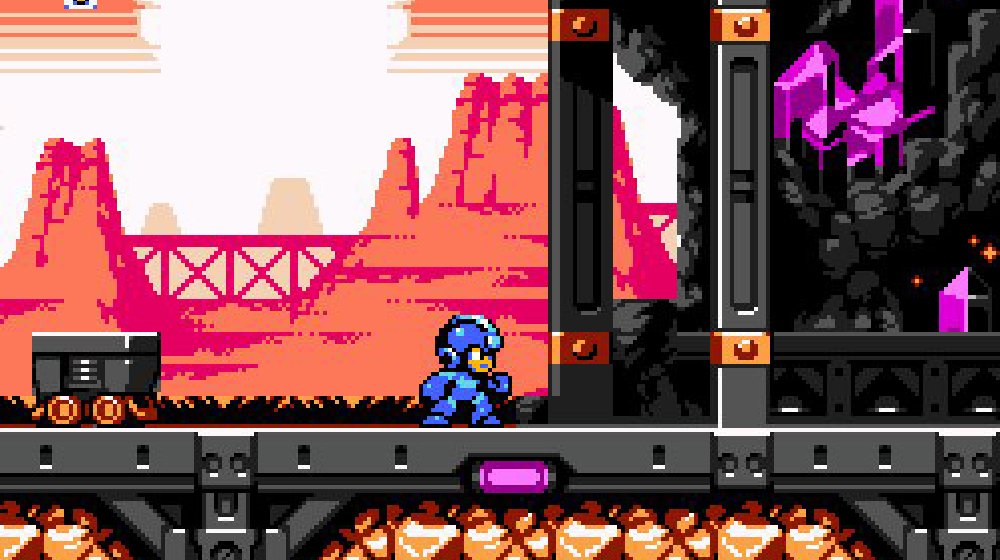 I wanted to see if I could. Apparently I can.

I am not making a promise to make anything. It’s just something fun to mess with during my weekend. And yes, you can do a slide shot. pic.twitter.com/RGDBQyr0Oc

[Update: Simon wants you to know that he is not making a Mega Man game right now. Sorry if this post led to any confusion! I still hope he makes one though, even if it’s just a couple of levels…]

It’s Mega Man’s 30th birthday and Capcom is finally showing their once-thought-dead mascot some love. By this time next year, every mainline Mega Man and Mega Man X will be available on just about all the major consoles, and with any luck, Mega Man 11 will be out by then as well. This all new entry in the classic Mega Man series is the first since Mega Man: Powered Up to embrace the polygonal look, and if the comments in my analysis of the game’s run animation are any indication, fan reaction to the game’s graphics are mixed. Some of you thought I was bananas for critiquing it, while others seemed to see exactly what I meant.

I have the feeling that Simon Andersen from D-Pad studios is in the second of those two groups. His mock-up for a new 8-bit Mega Man looks pretty much exactly like what I’d want from a new look for the classic series. He told me on Sup Holmes years ago that the Mega Man series is big part of why he became an artist in the first place, so I know this project comes from the heart.

I hope he has the time and energy to finish up a level or two, then maybe give it a cute name like Mega Man Mania and release it for fun. If it were a Nintendo property we were talking about, like his mock-up for a new Wario Land game, I’d probably caution him against that, seeing as AM2R and No Mario’s Sky were both taken down shortly after release. On the other hand, Capcom formally published a Mega Man fan game not that long ago, so there is a chance they’ll be generous towards this theoretical project as well. In the meantime, check out Simon’s twitter for more screenshots of this hopefully-real-someday game.