But that means you’re close to the action

Despite picking support classes whenever and wherever possible, I was perfectly fine waiting for Blizzard to add Ana, Overwatch‘s first post-release hero, to the game proper before trying her out.

But that new map, Eichenwalde? Not a chance! I had to hop on the PTR to get a sneak peek. While I’m not remotely tired of the current 22-character roster, this game could sure use some fresh locales.

Eichenwalde is certainly that. The overgrown map is set in a quaint German village that leads into a castle. If you’re on attack, your team needs to work its way around street corners to capture a payload and push it into the stronghold to win. If you’re on defense, well, you’ve got it comparatively easy.

The final choke point can, at least in my experience, be tough to overcome. It’s sort of like the last push on King’s Row — that hard right turn into a Torbjörn / Bastion / whatever hellish fiend awaits to end you and your loved ones right outside the enemy team’s spawn — but with less breathing room. That said, once you get in there with the payload and stay in, you can take the match. The area inside the castle itself is small. This isn’t the bash-your-head-against-the-wall layout that Temple of Anubis can be.

My plucky group of random players kept getting put on attack and we kept losing, usually right at that point, though admittedly it can take dozens of matches if not more before you start figuring out a map’s every nook and cranny — and Eichenwalde has quite a few. I’ve grown so comfortable with the base Overwatch maps that it felt strange (a good strange) to have something so unfamiliar again.

It may be a much smaller layout than I was expecting, but it’s densely packed. There are vertical positions galore for Widowmaker, Hanzo, and Junkrat players. And Tracer! You can be real annoying on this map with Tracer given all of the offshoots and opportunities to stay away from the beaten path.

Speaking of, there’s totally a nod to Dark Souls tucked inside Eichenwalde.

Blizzard was always known for Easter eggs, but this Dark Souls one takes the cake in the new Overwatch map! pic.twitter.com/rBJdkN9b4c

That’s a good use of the new stationary emotes (if you don’t get caught).

If you’d like to try Eichenwalde before the wide release and you’re on PC, just switch your Region / Account setting to “PTR.” It’s right above the giant blue “Play” button. Blizzard is holding a weekly Brawl that’s only set on the new map, so you don’t have to wait for the luck of the draw.

You might also want to save up for the two new Reinhardt skins. They’re 1,000 credits each, but they’re sweet. The latter armor makes for good camouflage amid the scattered foliage. 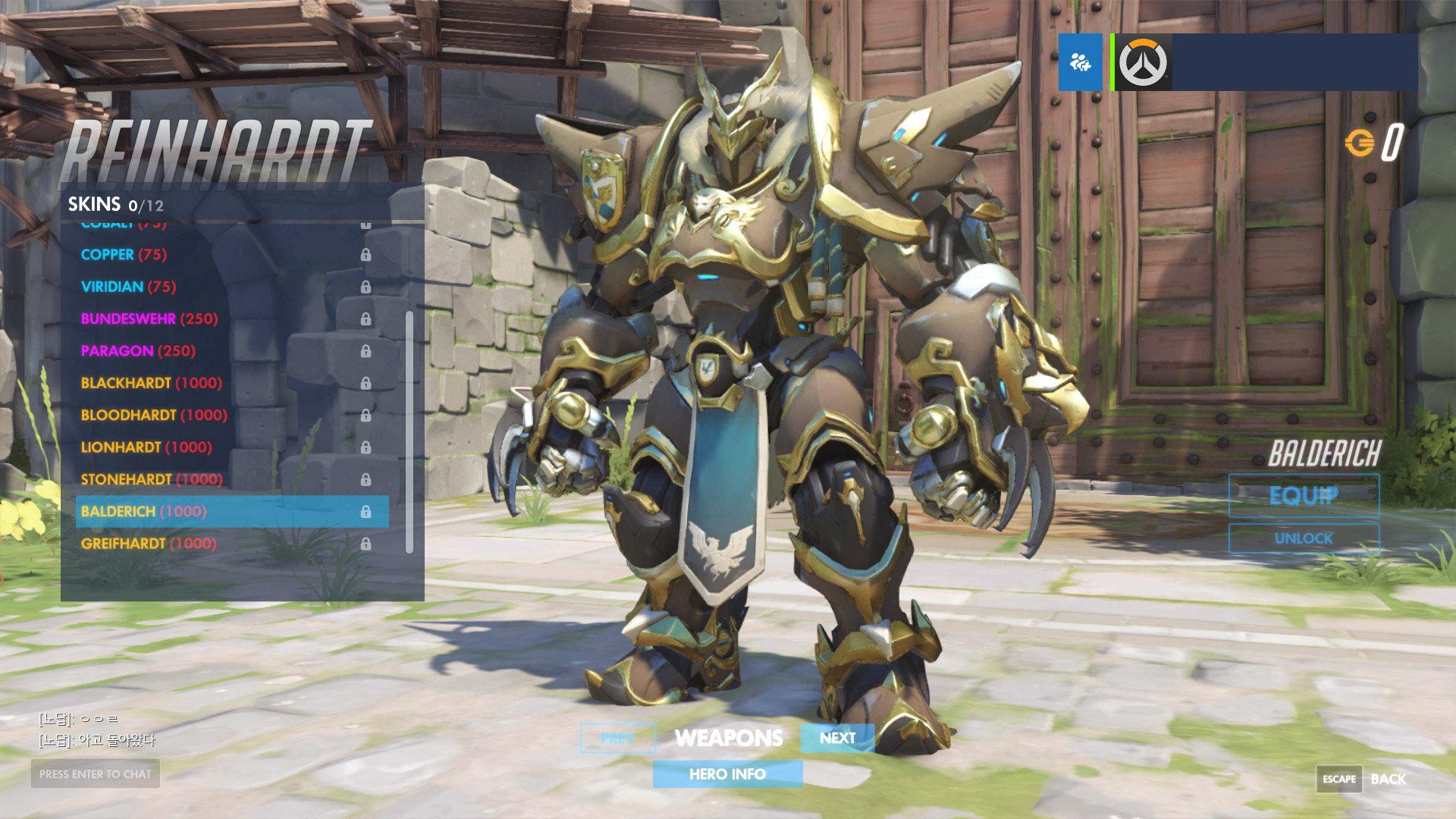 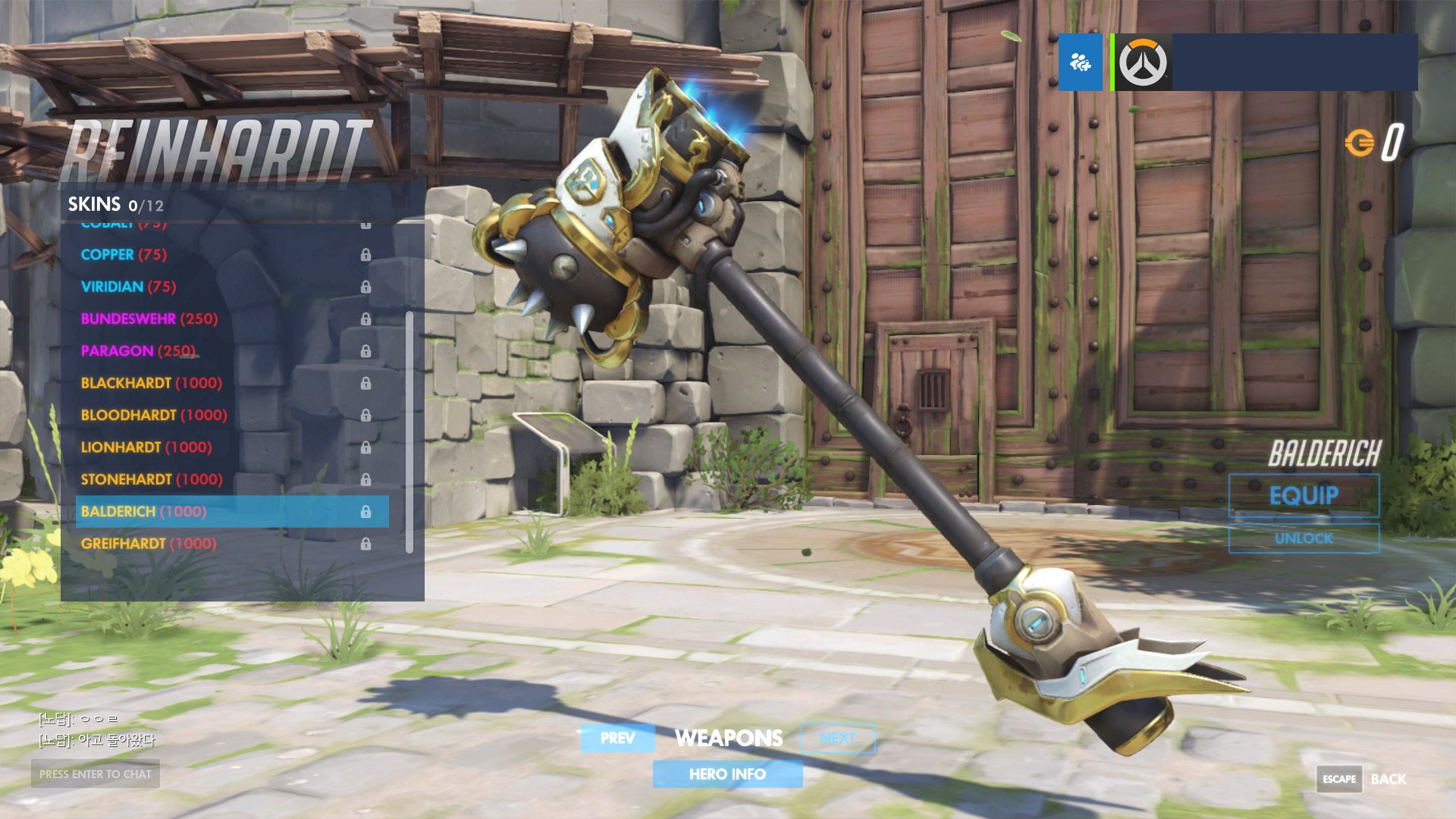 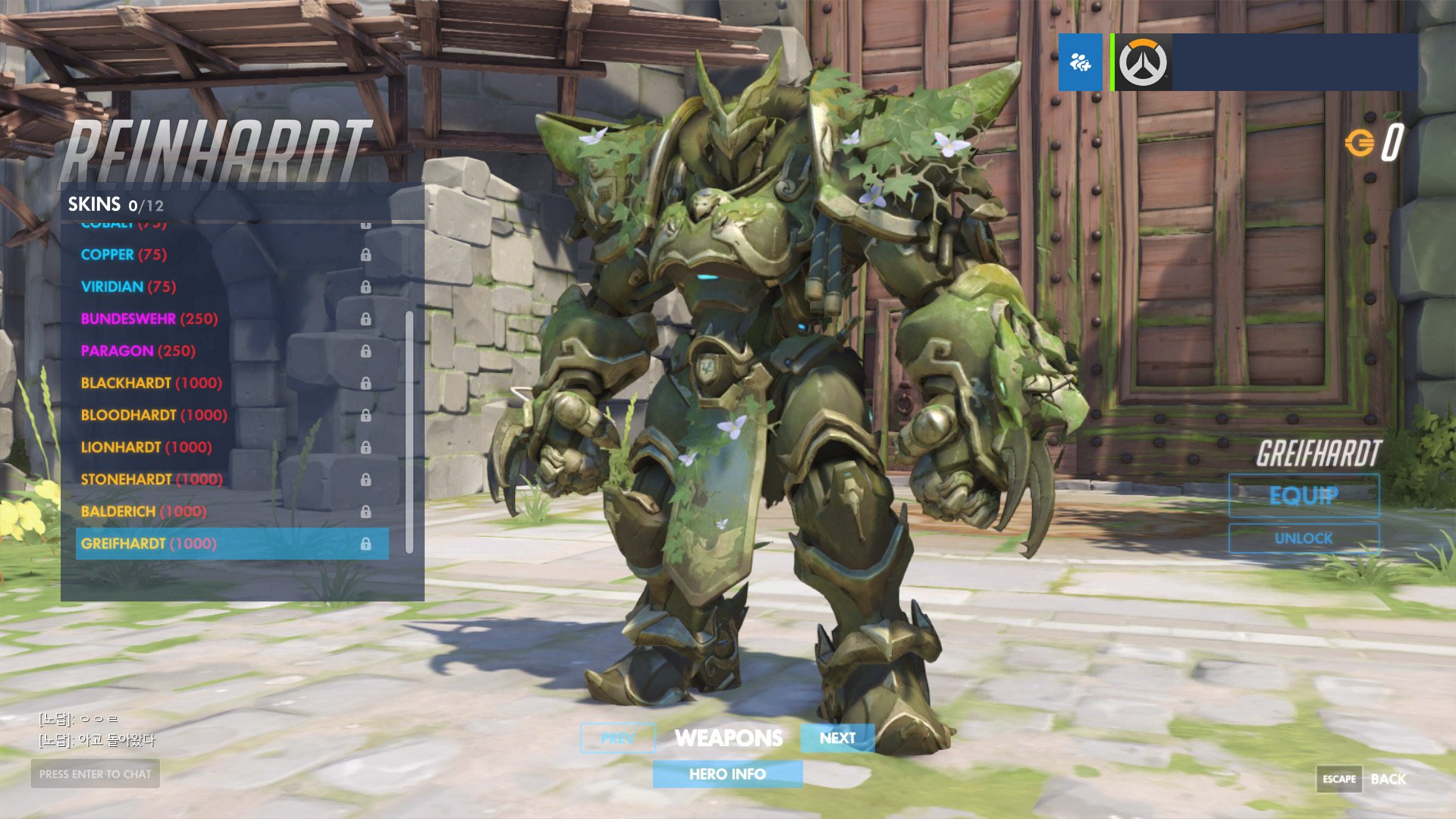 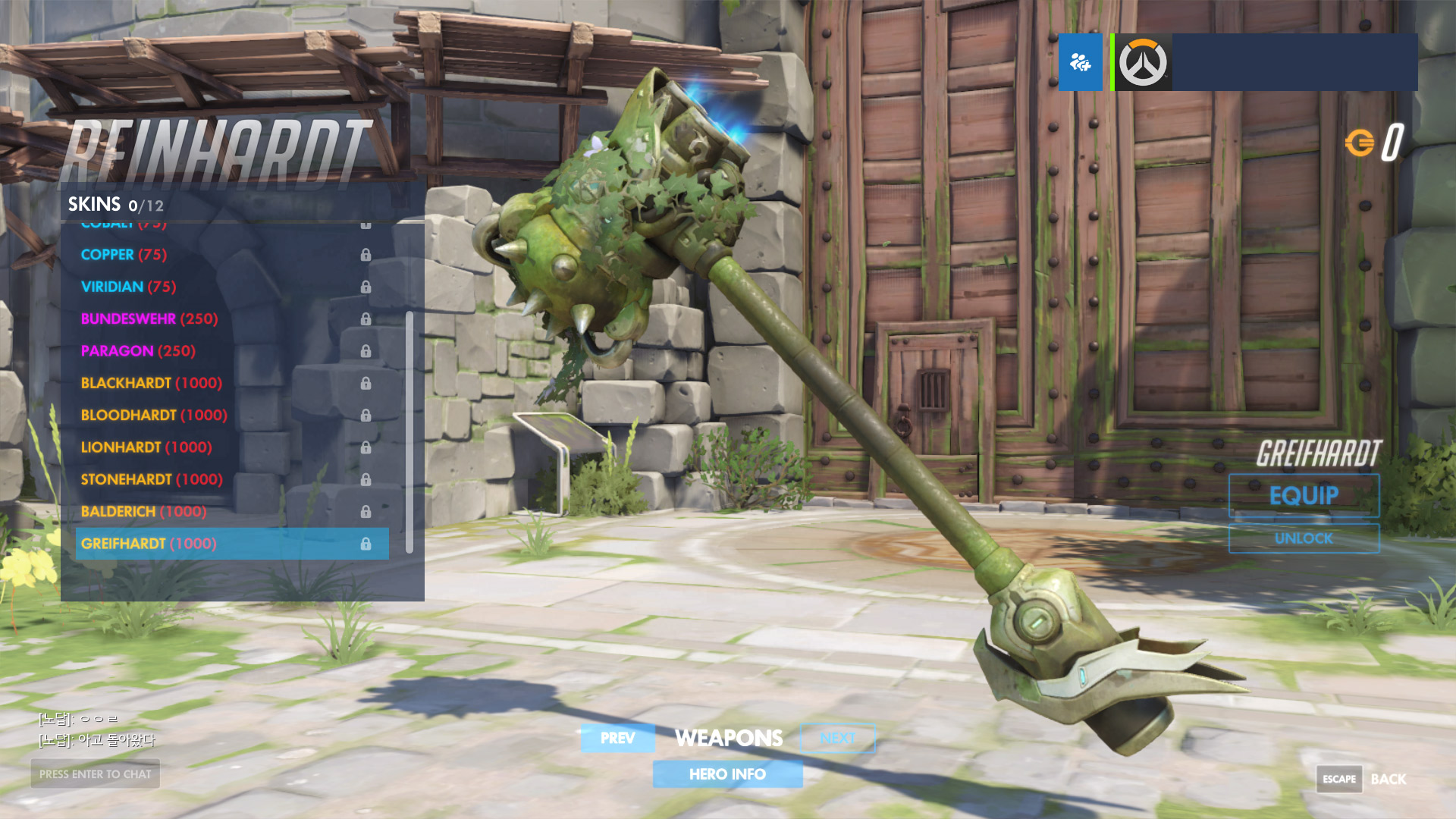 As far as I know, Blizzard plans to release Eichenwalde for everyone next month, but I wouldn’t be too surprised if it made it off the PTR before that. And while I’m not so sure the two sides are balanced, that hasn’t seemed to matter much — win or lose, I’ve been digging this map. It’s relentless!