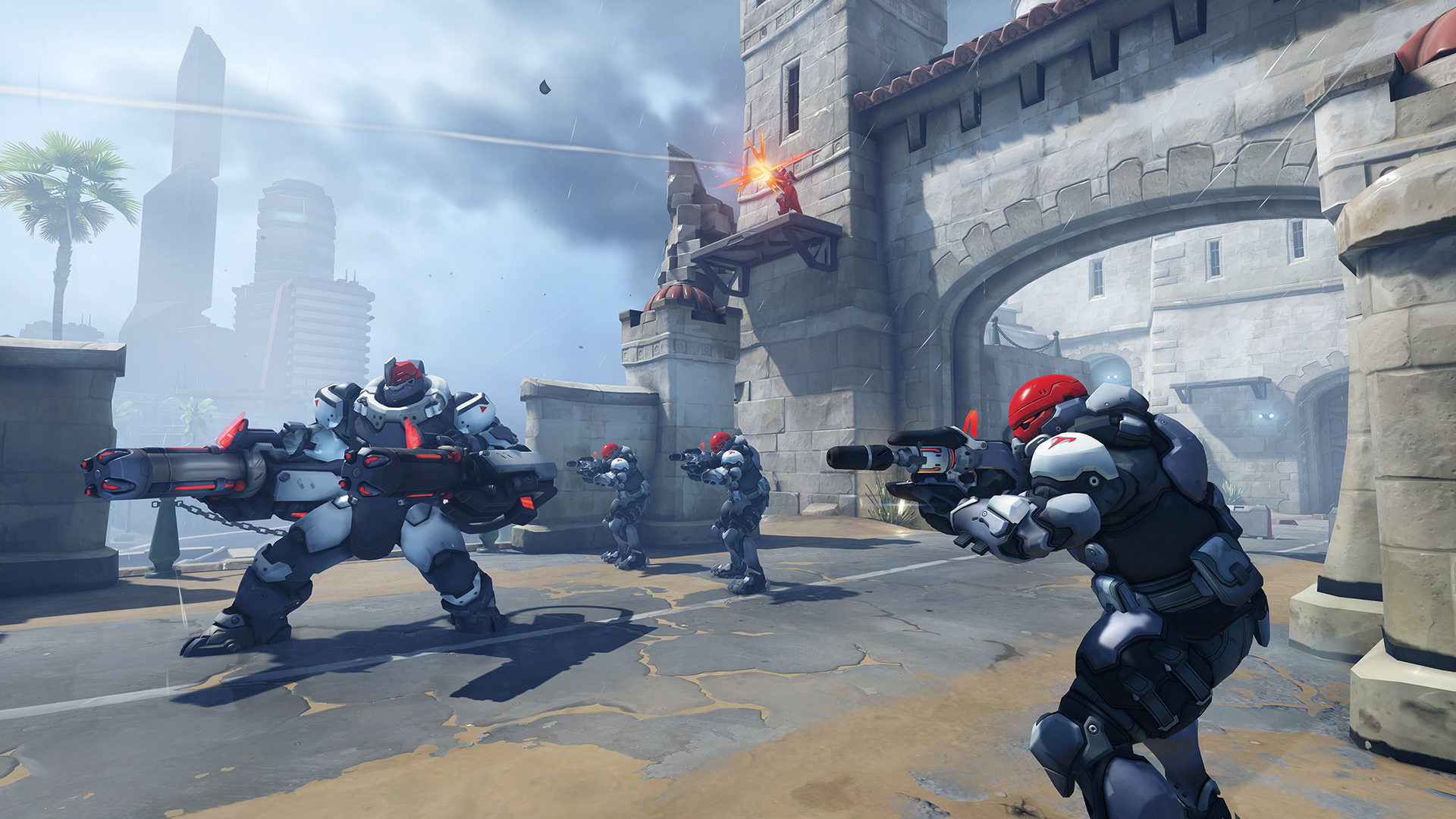 [Update: Havana has made it through testing on the PTR and is now playable in Overwatch on PC and PS4. Strangely, there’s a slight delay on the Xbox One update. Along with the map, Blizzard has also opened up shop for Atlantic Mercy and Pacific Lúcio – the skins are 200 League Tokens each.]

Another Overwatch map has entered the fray. For those of you on PC who like to keep up with the PTR, the new Escort map Havana is now ready for testing. Try not to get that Camila song stuck in your head.

The map first debuted in Overwatch‘s currently-running Storm Rising event as a PvE story mission in which Genji, Tracer, Mercy, and Winston have to tear through Talon forces to get to Maximilien, an omnic handling the organization’s finances and a possible lead toward catching up with Doomfist.

As an Escort map, Havana involves babysitting a truck of rum barrels, battling through the Don Rumbotico distillery, and ducking into an imposing sea fort. It’s quite the picturesque battleground.

Looking over the patch notes, there isn’t much else to report. Blizzard set the PvP map loose and touched up a few issues with text errors on posters and made it so the Yucca plants no longer trap players. There aren’t any wild hero balancing changes or other tweaks in today’s Overwatch PTR update.

My favorite semi-useful but very appreciated feature in recent memory

You might’ve missed it, but initially, the company referred to Havana as an Assault map. That mislabeling sent some folks into a tizzy. To be clear, this is one-hundred percent an Escort map.