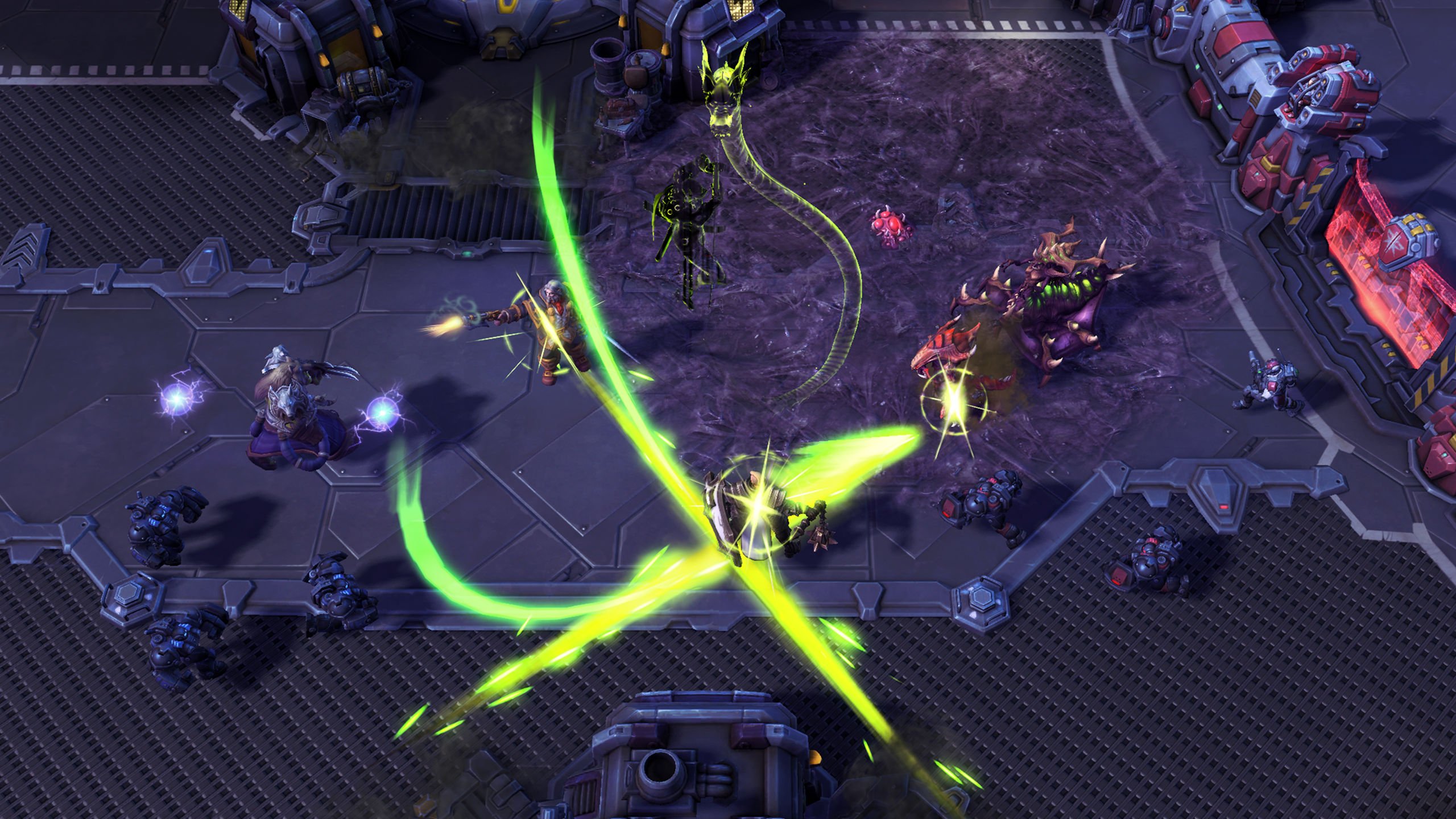 A hero and a battleground

After the release of two other non-Warcraft heroes, we’re getting yet another one with Overwatch‘s Genji — the fourth Overwatch character to hit Heroes of the Storm after Tracer, Zarya, and Lucio.

I had a chance to test him out, and I think both Overwatch and Heroes players alike are going to be pretty happy. Especially when they go at it on the new Hanamura map. 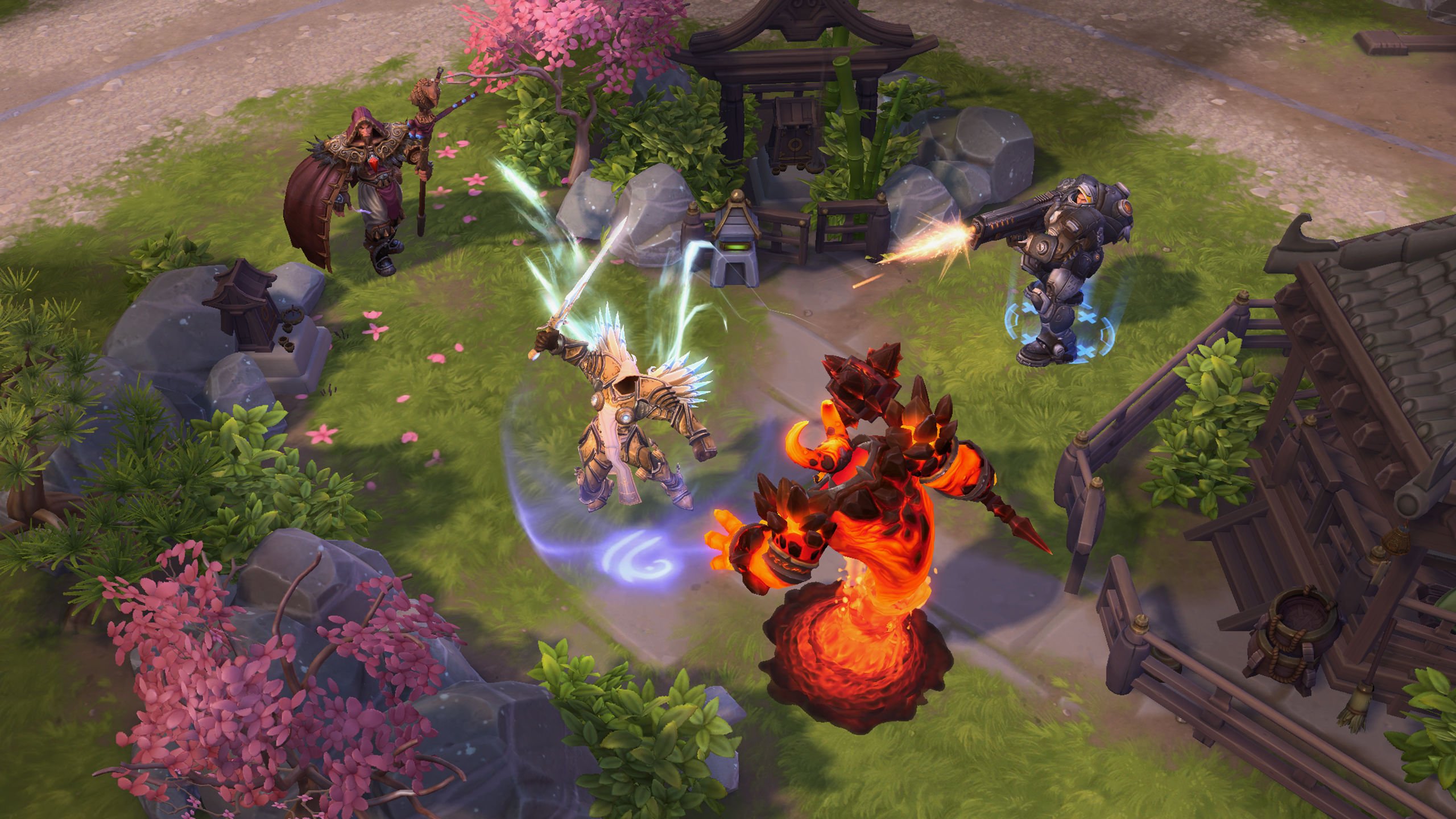 My first experience with Genji was actually on the receiving end (followed by many other first-hand tests), having played agaist HorsePants, one of the best solo Heroes players in the scene. Genji doesn’t dish out a lot of burst damage at first, but he’s a high skill cap character that can be devastating in the right hands. For starters his trait (read: an extra ability) lets him leap on a cooldown, which can be used to traverse over terrain, chase, or escape — you can also spec into an extra charge.

Just like his Overwatch counterpart he has access to a shuriken throw (Q), reflect (W), and a dash (E), the latter of which must be used at its full distance. When combined with his trait Genji can quickly get in, do some damage, and get out. He’s insanely good at chasing groups too, as his E refreshes cooldown if you kill an enemy hero. Theoretically you can use two gap closers, kill someone, close the gap again, and by then you’ll have your trait to push further or escape. He’s slippery as hell and his default attack is ranged.

Then there’s his ultimates — one mirrors the one from Overwatch, letting Genji use his sword for a limited time with a series of small conal thrusts, and the other, as described by the game’s producer, imitates “your favorite anime,” and slices down in a “X” pattern after a short delay. He’s stylish as hell all told, and his deflection ability is going to piss off some auto-attackers for sure. I need more time with him but he’s fast and very fun, and I can’t see Blizzard nerfing his kit so badly (if he even needs it) as to ruin the fantasy of playing Genji in Heroes of the Storm.

In other news, Hanamura is coming to Heroes as a battleground — as the first Overwatch level, in fact. It’s a two lane map that involves payloads, but instead of one to fight over there can be multiple objectives for each side. Now players have to figure out if it’s worth pushing theirs (it is if you’re ahead) or stopping your foe’s payload. It’s going to be really hard for unorganized groups to figure out, as you need to know if you’re outnumbered at any given payload at any given time — communication is going to be key.

Each structure you destroy adds one point of damage to a payload, and delivering each load will fire off a cannon shot just like Towers of Doom — so once again you can’t directly damage the core. The camps are also vastly different, including the boss that can gorge (read: eat) one ally at a time. They also drop power-ups (sentries, area-of-effect heals, and turrets) instead of actually heading out in the battlefield as creeps.

As for me, sitting right next to a bunch of players during a test session, I had a blast. It was easy to talk and coordinate via voice and pings where each teammate potentially needed to go, and although the gambit of putting payloads into a MOBA was risky, it paid off. Great new heroes are always a plus, but having to learn new map dynamics with every character is even more fun. Expect all of this to launch with Heroes 2.0 later this month, and the 2.0 beta today.

If you’re curious, here’s a look at Genji’s abilities and talents: