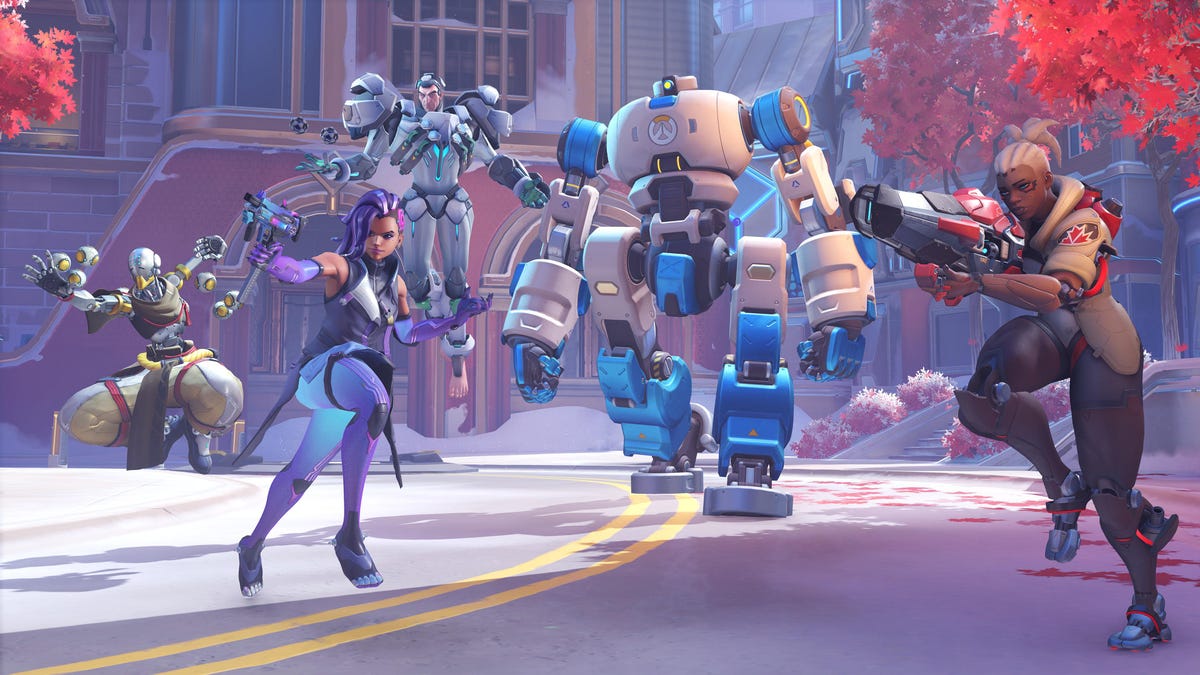 I’m into it, but as is, it’s going to be polarizing

The state of Blizzard is constantly in flux, and in the midst of Diablo Immortal coming to PC and making that big “mobile-only” reveal fiasco all for nothing, we’re also seeing the wide rollout of the Overwatch 2 beta. Quick vibe check? I’m game for more Overwatch, but you shouldn’t expect much right now if you’re diving directly into the beta.

Upon booting it up, I wouldn’t blame people for thinking they accidentally launched a public test server build for the original Overwatch.

At the moment there are two options on the main menu: versus, and heroes (which provides a list of playable characters). That list consists entirely of old Overwatch heroes, some of whom have new facial hair (feel free to peruse above), plus the newcomer Sojourn. That list will grow over time, but that’s what we have to work with now, and I’m sure it’ll underwhelm some folks who are coming into the Overwatch 2 beta expecting the newness sheen of a sequel.

Clicking on versus grants you access to an unranked queue, as well as a custom game menu and a training option (it’s the same practice range as Overwatch 1). In my first game, I queued into a match on Ilios: a map I’ve played several hundred times. For snap moments I forgot I was playing a sequel, even using the new character. One of the chief changes, the 5v5 format, was also tough to notice at first. Make no mistake: it will change high-level play on a fundamental level, and usher in all sorts of new meta discussions and strategies. At a glance, it’s going to feel like the same basic gameplay for most people, with the same sound effects, on many of the same maps, with the same announcer.

The full map list available in the beta (at launch) includes: Ilios, Lijiang Tower, Oasis, Circuit Royal, Dorado, Route 66, Watchpoint: Gibraltar, Eichenwalde, King’s Row, Midtown, Colosseo, and New Queen Street (the latter two are new). Push — where you need to help a robot move something across the map by escorting it — is the new game mode. There’s no guarantee you’ll get any of them when queuing up in the beta.

I do like Push, and had the chance to test it out several times in the Overwatch 2 beta. The constant sense of literal push and pull is very fun, and creates a lot of situations where conflict is forced, rather than slowly baited out. The visual of the robot actually moving the objective barrier is flashy, too, and adds to the allure of the skirmish — more than a passive payload, at least. It’s something that would have fit at home in the original game.

As for Sojourn, she has access to a rapid-fire railgun (that can also use an alt-fire high-impact burst shot), a power slide (that you can cancel into a big jump as her traversal skill), a disruptor shot (an area-of-effect energy burst that snares), and her ultimate, overclock (which basically supercharges her gun). She essentially functions as a hybrid ranged character, with access to the core railgun snipe as her alt-fire. The idea is that you’ll see-saw fire and alternate between your left- and right-click, as the latter “recharges.” If you use her ultimate, you can snipe to your heart’s content.

It’s an interesting playstyle, but I don’t really get a solid theme out of her, despite Cherise Boothe’s spirited performance. Maybe that’ll change over time as we’re introduced to more and more lore and Sojourn’s role in the larger story. But Overwatch has an issue jugging characters as it is with an arguably bloated roster.

This isn’t even really getting into another key issue: a lack of PVE in the beta. In case you missed it, Blizzard announced that it was “de-coupling” PVE from PVP this past March. Which brings me to a crossroads: PVE is the main thing I want. I’ve wanted it since Overwatch first came out in 2016. For now, it’s kind of like we’re getting Overwatch 1.5. I suspect this could be the prevailing wind for many people once Overwatch 2 arrives with just the PVP component in tow.

More Overwatch can be a good thing. I even had fun playing the Overwatch 2 beta! As someone who has played since the original Overwatch beta, it’s been a trip to see all of the subtle changes in this new iteration, and play with a few of the reworks that fundamentally alter how some of the roster operates. Hardcore players will get a lot more here even out of the beta game, as they pour over the patch notes and tweaks.

But right now I’m not convinced that Overwatch 2 is going to make the impact Blizzard thinks it will, unless the esports scene comes back in full force once things return to normal. Paying a DLC price for a full PVE module for Overwatch 1, and not calling it Overwatch 2, would make the medicine go down better.

At the moment it’s kind of an uphill battle of a sell; even devoid of Blizzard’s recent history.